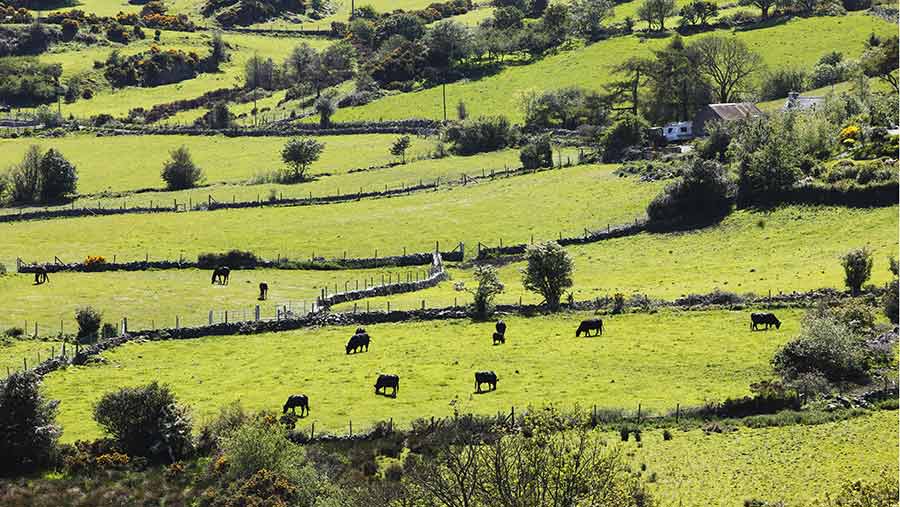 Northern Irish farmers operating in the most challenging parts of the country will receive additional support under the Areas of Natural Constraint scheme for one more year in 2018.

The announcement was made by agriculture minister Michelle McIlveen and means that farmers in severely disadvantaged areas (SDAs) will gain a share of an £8m pot to compensate for the additional costs and lost income they face.

There had been a question mark over whether the scheme would continue, given that it has to be 40% funded by government and money is tight.

But Ms McIlveen has finally agreed to extend the current scheme for one more year, “recognising that farming in the SDA comes with distinct challenges”.

The money will be in addition to the normal direct payments these farmers get under the Basic Payment Scheme (BPS).

They will need to apply for the 2018 ANC scheme on their 2017 BPS applications next spring.

“Given the pressures on both the department’s and executive’s budget, it has been a challenge to find ways of funding this scheme,” said Ms McIlveen.

“I had already announced that I would not reduce farmers’ Pillar 1 payments to fund ANC support, so budgetary pressures were a significant factor in making this decision.”

The lower budget for 2018 will inevitably mean a lower payment for farmers, depending on the uptake.

At the very least, applications should still receive the sterling equivalent of the minimum payment rate of €25/ha.

Ulster Farmers Union deputy president Victor Chestnutt said the announcement was an “important commitment” to those farming in the SDAs.

“While we would have preferred a larger allocation for a longer period of time, we have to be realistic about how this scheme was going to be funded,” he added.

It was “commendable” the minister had managed to secure funding through the Northern Executive.