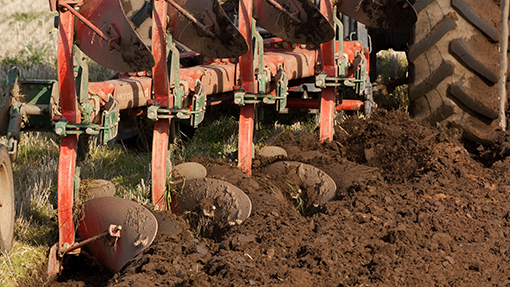 The UK only has 100 harvests left in its soil due to intensive overfarming, a study has claimed.

Scientists are warning that the UK is facing an “agricultural crisis” unless dramatic action is taken to reverse the depletion in soil nutrients.

Researchers from the University of Sheffield found that soils under Britain’s allotments were significantly healthier than soils that have been intensively farmed.

Soil samples from 27 plots on 15 allotment sites in urban areas were taken from local parks, gardens and surrounding agricultural land.

Compared with local arable fields, the allotment soil was found to be significantly healthier.

“With a growing population to feed, and the nutrients in our soil in sharp decline, we may soon see an agricultural crisis.”
Dr Nigel Dunnett, University of Sheffield

While urban areas are perceived as grey and concrete, pockets of rich, fertile land could be converted into farms to grow a diverse range of produce, said the study authors.

In order to ensure future generations are able to grow fruit and vegetables, researchers said we should start to see our towns and cities as potential farmyards.

Growing crops and wildflowers in our cities will also boost biodiversity and help wildlife, they added.

Study lead Dr Nigel Dunnett, from the University of Sheffield’s department of animal and plant sciences, said: “With a growing population to feed, and the nutrients in our soil in sharp decline, we may soon see an agricultural crisis.

“Meanwhile we are also seeing a sharp decrease in biodiversity in the UK, which has a disastrous knock-on effect on our wildlife.

“Lack of pollinators means reduction in food. We need to dramatically rethink our approach to urban growing and use the little space we have as efficiently as possible.”