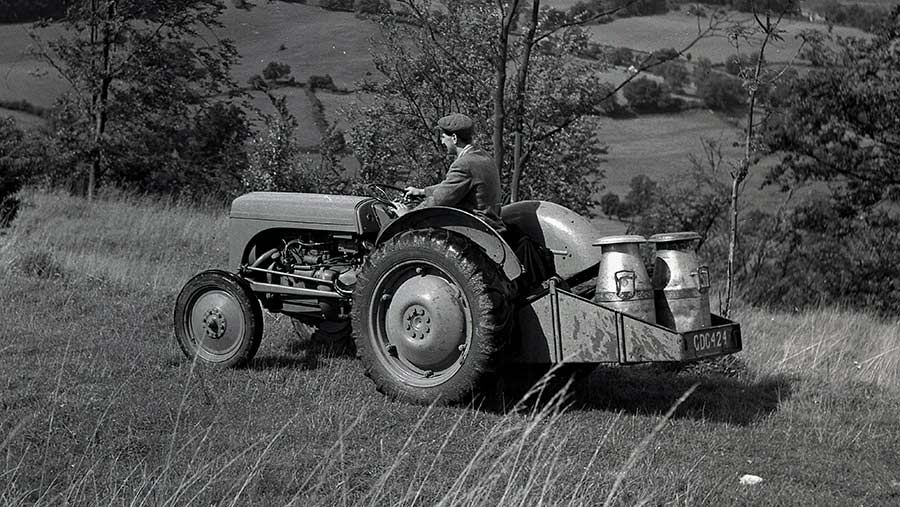 When Her Majesty the Queen came to the throne, I was still at school, preparing to take my GCSEs or what we called the School Certificate – and I couldn’t wait to get it done and leave.

It wasn’t that I disliked school. But I was already keeping pigs, in sties lent by my father, and I wanted to keep more and make money. I saw little advantage in staying on into the sixth form and trying for university, as some of my cleverer colleagues did. I considered myself a farmer and was anxious to further my ambition.

I had been keeping pigs since I was 10, and by the time I left school, just before my 16th birthday, I was taking a litter of eight-week old weaners to Norwich market every few weeks. I had plans to have more sows and build a farrowing house, and I wanted to get started.

Demand for food was brisk and prices were good. The ration book was only just being phased out and farmers could easily sell all they produced. On top of that, we had the security of the 1947 Agriculture Act and deficiency payments. A year or two after that, a prominent politician described farmers as “feather bedded” – but that’s another story.

Times were still hard for some people, still recovering from the Second World War. But it was a good time for farming, not least because food production was a priority of politicians who remembered how close the country had come to starvation during the war.

The National Agricultural Advisory Service, the successor to the War Ag and predecessor of Adas, was active and helpful to people like me. Its officers were practical people with mud on their boots and I benefited from their help.

I joined the local Young Farmers’ Club and soon became an active member. If truth be told, it became the university I never attended.

At home we were still working with horses, cutting corn with a binder, and ploughing with a two-furrow Ransome behind a Ford tractor with no cab – difficult to believe compared with today’s luxurious machines complete with computers and self-steering. But at the time we thought that old tackle was wonderful.

How times have changed during Her Majesty’s reign. Whether we are any happier, I’m not sure. Things have become so much more convenient and labour saving. The four-tine fork is consigned to the rural museum, the bicycle is mainly for exercise and fitness, seldom for transport. We travel abroad (except during Covid lockdowns). And how on earth in those olden days did we manage without mobile phones? Unlike then, food of an infinite variety is now plentiful.

At least, it is at present. Whether that will be the case next year is debatable. Whether we will still be able to import sufficient food to supplement home production remains to be seen. But as the world food crisis deepens and our home supplies are exposed as being insufficient for our domestic needs, because of governmental failure to prepare for an emergency, could food be rationed again?

I sincerely hope not. But it is a distinct possibility. God save the Queen.