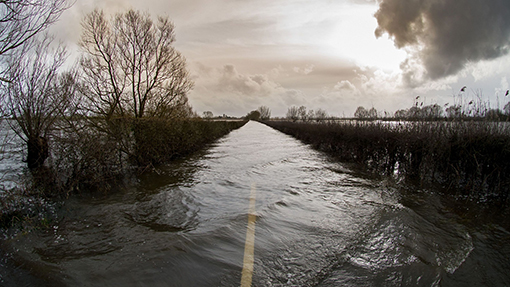 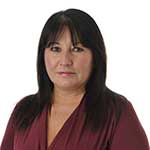 It is a catastrophe that warrants strong and decisive leadership.

Step forward cash-strapped Environment Agency chairman Chris Smith who, instead of mopping up the problem, simply adds to the angst. This week he made a remarkably divisive statement that the nation must decide whether to save people’s front rooms or rescue farmland.

It’s a case of urban or rural – we can afford to protect either towns or country, he says, not both.

Now, this isn’t the most thoughtful, constructive message to give to the stoic Brits as they brace themselves for yet another week of extreme wet weather. Sorting out this flooding mess should not be about creating an even greater chasm between the cities and countryside.

It needs a balanced, proactive response that recognises the limitations of inadequate funding but attempts to pull people together not pit one group of flood victims against another.

The united front now being presented by farmers and conservationists within the Somerset Levels & Moors Task Force is exactly the right approach. They have a vision of how to improve water and land management policies in the area and a clear collaborative plan of how to get there.

The solution will be to create a mix of nature-rich wetland landscape alongside productive grassland farming. This isn’t biodiversity versus agriculture, it is the two working hand-in-hand.

Government must learn some hard lessons. It has been the wettest January in history in some regions and the stormiest December for more than 45 years, but this was a crisis waiting to happen.

All those years of farmers complaining and warning of the flooding risks in village halls, NFU meetings, even at Westminster, fell on deaf ears and now the country pays the price.

Public-sector investment has to be found for maintenance of rivers – lives and communities now depend upon it. Dredging must begin urgently and farmers should play a key role, using their local knowledge to resolve current problems and find solutions to avoid future flooding.

It has been suggested that computer modelling by the EA two years ago showed that dredging could significantly reduce the duration and depth of flooding in the worst hit areas.

If this is true, and the evidence was ignored, then it does indicate that the EA has decided where its priorities lie and already agreed which parts of Britain are not going to be defensible to flooding anymore. At what point was this critical information to be shared with farmers and taxpayers?

Chairing the EA must be a distraction for Lord Smith, particularly as he holds something like 10 other jobs at the same time. His remarks about town versus country act as a stark reminder that government officials still don’t fully understand the value of agriculture to the nation’s economy nor to long-term food security.