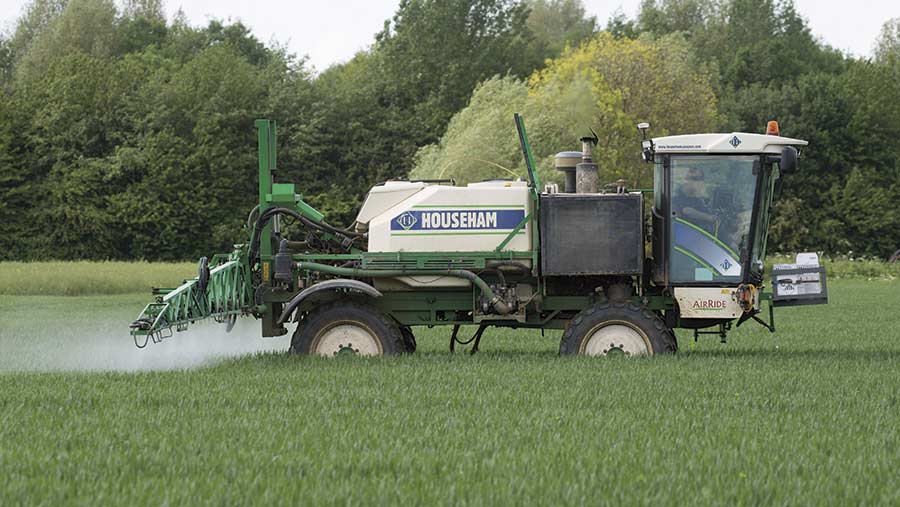 There seems to be a lot of chat in the media about farming lately.

Some of it has been quite positive. The way farmers have faced up to some very challenging spring weather seems to have come over well.

But then there’s the not so positive. On that very subject, I was tuning into the BBC World Service the other night, when I heard a reporter talking about pesticides used in agriculture.

Apparently he was very worried because he had recently had his urine screened to find it showed high levels of “agent orange”, and went on to talk about it “pumping through his veins”.

For those unaware of what agent orange is, it was an aerially-applied defoliant used in the Vietnam War by the American military.

As far as I am aware, it’s never been used in agriculture, certainly not in British agriculture, so quite where this BBC reporter thought he got it from remains a mystery.

Listening to the piece, I was almost bracing myself for further lurid reports of attack helicopters spraying napalm across the carrot fields of Lincolnshire.

To talk about worrying levels of agent orange in someone’s bloodstream in the context of a piece about use of pesticides in modern agriculture was journalism unbecoming of the BBC.

This little episode is a reminder that pesticides can engender all sorts of wild fears in the non-farming public. The furore over glyphosate over the past couple of years is testimony to that.

In France, several local authorities have banned its use in public places and issued groundkeepers with flame guns as an alternative to keeping civic areas free of weeds.

One unforseen consequence has been a dramatic increase in dangerous fires, including the destruction of a leading museum along with several town halls and schools.

It’s a pertinent reminder that, in life, you need to evaluate risk rationally not emotionally.

Nonetheless, concerns about pesticide use are not going away. We even have our own secretary of state talking about the British countryside being “drenched in pesticides”, despite the fact we’ve halved our pesticide use by weight in the past 20 years.

So how should we respond to this growing anti-pesticide alarmism?

We need to patiently explain they are part of our tool box, along with a host of other non-chemical means of controlling pests, weeds and diseases. But we should never give the impression we can’t or don’t look beyond the chemical can.

Like most farmers, I’m always looking for ways to use less pesticides because, quite simply, they are expensive.

Like many of my neighbours, we’ve moved back to spring drilling to reduce our weed burden, though given the March we’ve just had, spring cropping is not without its problems.

Above all, we need to reassure consumers and politicians that the way British farmers use plant protection products is both highly professional and highly judicious.

We do not “drench” the countryside in pesticides. And through the Voluntary Initiative, we police ourselves to ensure the highest standards are maintained.

The point I’m making is that, when the spotlight falls on you, it’s important to demonstrate best practice.

It was good to see glyphosate relicensed last autumn and the industry worked hard to get that re-approval. We now need to double our efforts in demonstrating we use it, and other products, judiciously.