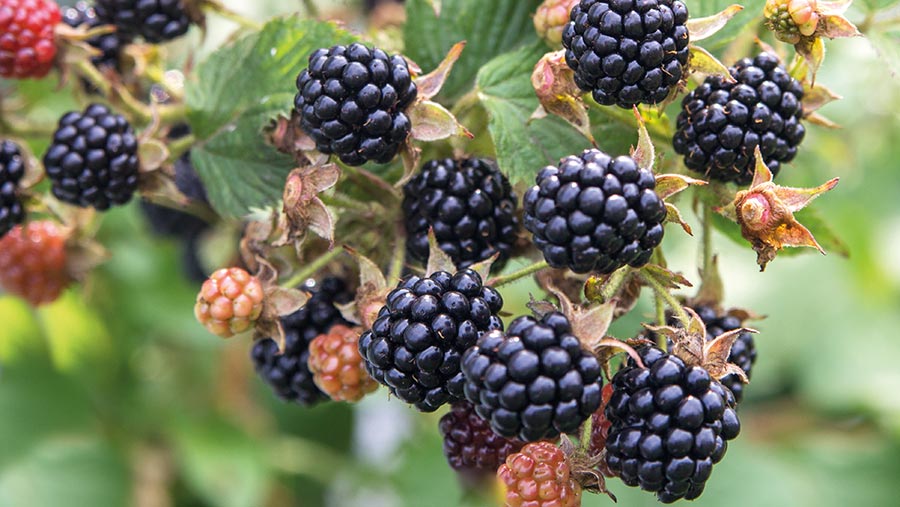 It’s that foraging time of year when the big kid in me can be found getting scratched to within an inch of death among the ditches and brambles as I try to pick a few blackberries.

It’s the fact they are free that tends to drive me ever further into the barbed morass, only to then try to extract myself, cussing and cursing, wondering why I bother.

I like blackberry jam, but I suspect if I costed out my time at the rate of the average mechanic, it would probably work out more expensive than caviar.

See also: Food security is easier to preserve than to fix

Nonetheless, this foray into nature’s larder made me wonder, if I did the increasingly trendy thing of rewilding my farm, how many acres would I need to sustain myself?

Autumn would probably be the best time to try it, with food sources such as fungi, fruits and nuts in relative abundance.

At a guess, fifty to a hundred acres might suffice for a few weeks, but come winter, I think I’d be heading for the nearest Pizza Express.

I suppose if you accessorised my new hunter-gatherer lifestyle with a 12-bore shotgun, replete with unlimited cartridges, then even a terrible shot like me might be able to keep the stew pot full enough with rabbit, given exclusive access to my wild acres.

With my five-pint pot of blackberries in hand, I returned to the warmth of the house, where my curiosity about how many of us could find enough sustenance in a completely natural landscape inspired some Googled research.

The last time lowland England was in an untouched wild state was probably about 5,000 years ago, before those ghastly farmers arrived to ruin things with their crops and livestock.

The evidence for how many people this Neolithic virgin landscape sustained is sketchy, but best estimates suggest that about 100,000 people populated lowland England, which in turn computes that you need 200 wild acres to sustain one person.

Compare that with the 40 million who live in lowland England today, and you realise that we might have a bit of a problem if we all sought our sustenance from a truly wild domestic landscape.

In fact, 99% of us would starve, while a handful eked out a perilous and brutal existence with a life expectancy that would only see us into our mid-thirties.

To put it another way, 99% of us would be reliant on imports for our food needs from those parts of the world that remained fully farmed.

If there is a serious point to my wild day-dreaming while picking blackberries, I suppose it’s the fact there are some very difficult challenges facing humanity to feed a burgeoning human population of eight billion while not further pressurising the planet and the biodiversity it hosts.

Anyone who suggests there are some easy answers is dishonestly glossing over the problem.

Simply exporting our carbon footprint while off-shoring our effect on the natural world is about as irresponsible as suggesting there’s a significant natural food source in the hedges and lanes of our countryside.

Such an idea is nothing more than whimsy, dreamt up by those who’ve overdone the sloe gin on the deluded misunderstanding it was home-made Ribena.