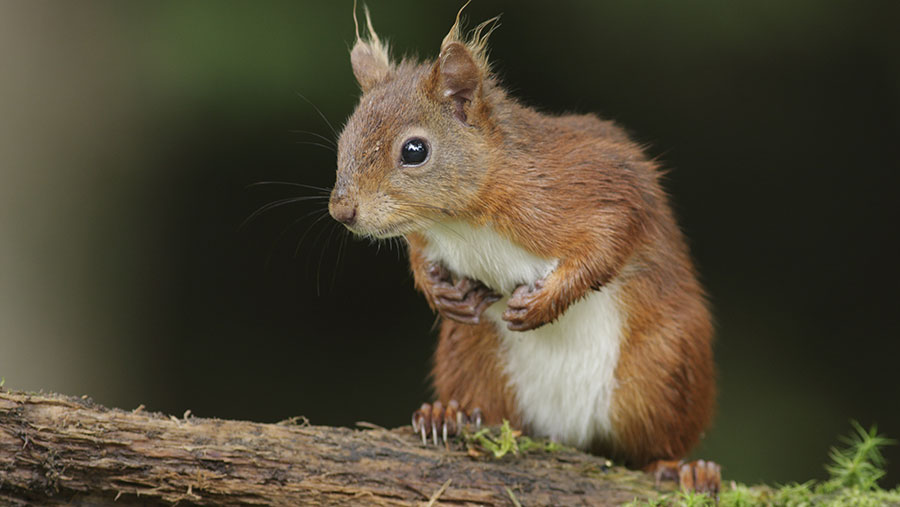 I was in a bookshop, waiting while my wife browsed for a book she can carefully read on the train, then wrap up and give to a friend for Christmas.

It was warm, so I flopped down on a beanbag in the children’s play area and reached for a nearby volume. It turned out to be My Book of British Wild Animals. The following is what I found:

See also: Paul Cobb considers he pros and cons of becoming a vegan

There are two kinds of British wild animals; native and introduced. ‘Introduced’ means someone decided to fetch them from where they lived, and forgot to take them back. ‘Native’ means they have British citizenship.

Grey squirrels are ‘introduced’. They often dash in front of your car; daddy swerves at them, while mummy screams ‘No!’ In the countryside, grey squirrels eat trees, and something called ‘poison bait’, which does them no harm. In parks, they eat sandwiches – and children’s fingers.

Red squirrels are ‘native’, but very fussy eaters, and live only on pine nuts from Waitrose. They don’t like grey squirrels, and if they meet them at parties, mutter about foreigners taking over, and leave in a huff.

Badgers are native, but have watched introduced wildlife behaving badly and decided to copy it. They live in underground bunkers where no one can get them, and come out at night to poo in holes in fields. They will eat anything, but are very partial to newborn lamb.

Foxes are also native, but used to be bullied by wolves and Boxing Day hunts, when we had them. Now they swagger around, stopping to sneer at you and call out ‘Can’t catch me’. In the countryside, they live on worms and chicken. In towns, they are often seen waiting at food banks.

Some of our deer are introduced, and some are native. They also like to run in front of your car, but daddy tries to avoid them, as they make a mess of the side panels. Red deer are native, and very butch. They are proud to be British, and all voted for Brexit.

Muntjac deer are introduced and very small, so they can hide away and not risk being deported. They all escaped from a Bedfordshire wildlife park, when people called ‘animal rights supporters’ (ARS) let them go.

ARSes also let go another introduced species, called mink. Mink had been brought over from America, and forced to live in cages and wear fur coats. Once released, they quickly overran our rivers, and the police have been unable to catch them.

Otters are native, but have decided to become very rare, so people who belong to something called ‘conservation bodies’ can claim to have spotted them, and make you feel very guilty if you haven’t. Otters live on tinned anchovies.

Like otters, beavers live in rivers, but are both native and introduced, which confuses everyone. You don’t know whether to say ‘yeah’ or ‘how dreadful’ if you see one. They are all freemasons and live in lodges, where they plan the construction of dams.

Rats are native, but we wish they weren’t. Mummy once said you are never more than 10ft from a rat, though she was at a parish council meeting at the time.”

Suddenly I thought I could feel something biting at my leg. It was my wife was kicking me to wake me up. Have a good Christmas, everyone.