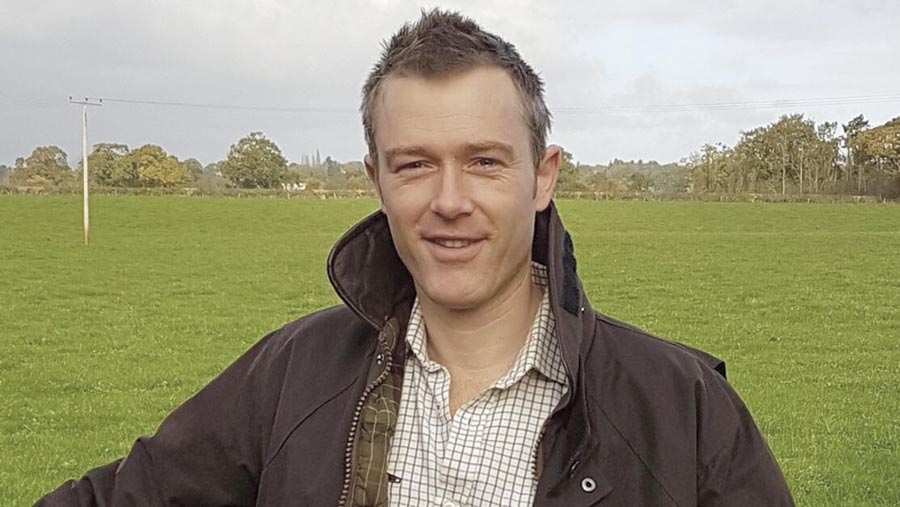 My new year’s resolution last year was to say “yes” to more things; not in a way that would have got me into trouble as a younger man, but to help me to meet interesting people and gain new experiences.

You see, this summer I turn 40. For the past few years, it’s been weighing on my mind, causing me to dwell on what I’ve achieved in my life and farming career as I sail serenely towards the mid-way point of the journey.

See also: We farmers just bottle up our worries, says Will Evans

Could I have done things differently? Am I where I want to be? What can I do better? How can I contribute?

So it’s in the spirit of these thoughts that I leapt spectacularly out of the comfort zone of our family farm and put myself out there by starting a podcast, Rock & Roll Farming.

I interview cool and interesting people involved in the agricultural industry around the country every week. I also aim to dispel some of the myths that seem to regularly crop up in the mainstream media about food producers.

So far, it’s wildly exceeded all my expectations. It’s brought me into contact with lots of great people including industry leaders, innovative and forward-thinking farmers, as well as people who’ve experienced extreme adversity and dealt with it in a way that humbled me as an interviewer.

I’ve learnt a new skill, and it’s unexpectedly led to some opportunities that I’ve obviously, in the spirit of my new year’s resolution, said “yes” to.

For example, I was honoured, as an old boy, to be asked to speak to students at Harper Adams University on the back of the podcast’s success. Despite never having done a talk before, I said yes, and I surprised myself by thoroughly enjoying the experience.

I was also offered the chance to be an “emerging leader” at the Oxford Farming Conference in January, and jumped at it. After being surrounded by driven, successful and positive people for three days, and networking like an absolute pro, I returned to the farm brimming with enthusiasm and ideas.

And now I’ve been asked to write a regular opinion column for Farmers Weekly. Considering the fact I’ve been an avid reader since I was a little lad, how could I possibly say anything other than “yes”.

Was I ready to do these things? Do I know what I’m doing? Almost certainly not. But as Richard Branson once said: “If someone offers you an opportunity to do something and you’re not sure you can do it, say yes. Then learn how to do it later.”

It feels as if we’re living through a momentous period of change at the moment, with new policies and technology being developed that will shape UK agriculture for years to come. It’s nerve-wracking to be sure, but it’s also tremendously exciting.

I’m not ready to blindly leap onto Defra secretary Michael Gove’s “green brexit” party bus quite yet. But I do feel as positive about the future of farming in this country as I have at any time in my life.

Life begins at 40, they say. I’ve got a few more months to go, but I’m determined to prove them right.

Will Evans farms beef cattle, arable crops, and a free range egg unit in partnership with his parents over 200ha near Wrexham in North Wales. He also runs a podcast, Rock & Roll Farming, which can also be found on iTunes.