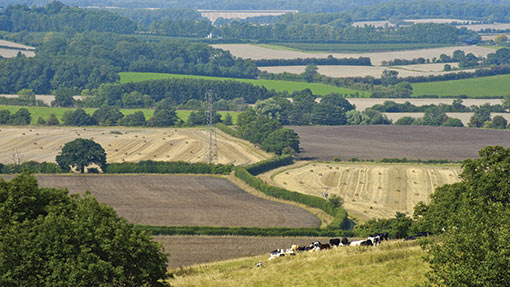 Growers ought to be fairly relieved this week about the deals done on new CAP greening measures and cross-compliance, but as always, the devil is in the detail.

While the reforms on ecological focus areas (EFAs) are not as onerous as first feared, there are still many questions to be answered. For example, more definitive guidance is needed on what constitutes a winter and spring variety and which nitrogen-fixing crops are included in the list of options, and more clarity is required on EFA management rules.

It is good news that hedgerows have been included in the EFA options. Those farmers keen to use them must be able to submit their SFP claims early due to the complexities they present for RPA mapping. However, there may be a risk of late payments and therefore co-operation from the banks will be vital. The greening rules will force a reassessment of many arable businesses and perhaps a completely new approach for some.

The mood at the Cereals event in Cambridgeshire was positive, even though the NFU warns us that the nation’s crop production has, at best, stalled during the past 30 years. While the rest of the world has its foot on the production accelerator, the UK is struggling to get out of the starting block.

The reality is that if this country truly means business in competing in the global premier league, we have to start to address these obstacles once and for all.

Farming never used to be a firm favourite for young women when they were choosing a career.

However, times are definitely changing, with groundbreaking research by Farmers Weekly and Barclays showing huge levels of positivity among women about the role they can play in agriculture.

Indeed, many are so upbeat they’re likely to act as “advocates”, recommending it to others leaving school, college and university. The research showed the incredibly diverse and varied role females of all ages play on farms. Yes, many still undertake the household and office duties as amazing multi-taskers, but they’re increasingly involved in all aspects of the business, too.

With more than 2,000 people of both sexes sharing their views, the results show how much has changed compared with a generation ago, with only 4% of women considering it harder for females entering the industry now compared with when they joined.

It also showed women to be more likely to take off-farm work, often to support themselves or the farm business, and more likely to have higher general qualifications than their male counterparts.

There are still some areas where agriculture hasn’t changed as much as we might like to think. When it comes to succession, for example, 61% of women thought they were rarely or never treated equally compared with their male counterparts. While that’s disappointing, there are lots of nuggets of optimism in this survey worth debating with your family.