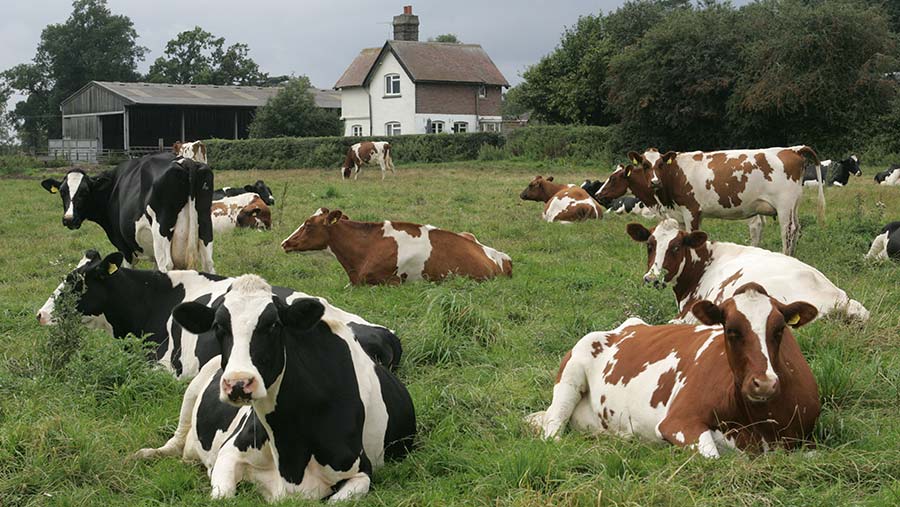 Since my last Opinion column in March, the dairy market has changed beyond recognition.

Coronavirus has slashed the demand across the foodservice sector, resulting in milk being tipped away on some farms and the spot price dropping as low as 5p/litre.

I wrote then that the chancellor could be an important ally for farmers. But the NFU and other industry stakeholders have so far failed to convince Defra secretary George Eustice to ask the Treasury for bespoke financial support for the dairy sector.

Defra has conceded a further temporary relaxation of competition laws to enable the industry to “work together to face the challenges, avoiding waste and maintaining productive capacity”. But many will say this does not go far enough.

Farmers and consumers have understandably been confused by images in the media of milk being dumped, while it is still restricted or even unavailable on supermarket shelves.

The reasons behind this are complex. Retailers depend on computer algorithms to order in the right amount of product, and these programmes were thrown into disarray by the surge in panic buying followed by a slump as people adjusted to lockdown life.

Only now, a month in, are we starting to understand what “normal” shopping behaviours might look like during lockdown.

Although data from the AHDB suggests sales of milk in supermarkets are up about 10% on this time last year, it is still not enough to compensate for the staggering loss of sales to restaurants, cafes, hotels, bars and schools.

Different processors have responded in different ways – from asking farmers to reduce volume to sharp price cuts and A and B pricing.

Unfortunately there is no fair way to implement this across the board and it means some farmers are facing a harsh punishment for a situation they have no control over, while others (those on aligned contracts and Arla members, for example) are at least for now escaping relatively unscathed.

Even before the crisis hit, virtually no UK processors were recruiting and anyone who was unhappy with their milk contract had limited options to move elsewhere.

Cost of production was too high in many cases, and the UK farmgate milk price too frequently lagged the EU average.

Sales of liquid milk have been in decline year on year as we replace traditional tea and coffee with juices, waters and energy drinks, and bowls of cereal and milk with breakfast bars and smashed avocado.

That trend is likely to be reversed this year, but the question remains whether the dairy industry will be able to capture any value from this as the margins on liquid milk have been so severely eroded.

Many farmers with on-farm milk vending machines have been unable to refill them quick enough to meet demand during lockdown.

I hope their customers’ new-found love of locally produced milk lasts, and some of the shine rubs off on the rest of the industry.

For those farmers who aren’t so fortunate, the AHDB, the NFU, Dairy UK and the RABDF have an important role to play in working together and looking beyond this crisis to understand the underlying state of the industry and help it achieve a productive and profitable future.

Data will be key to this – something that the AHDB is well placed to provide.