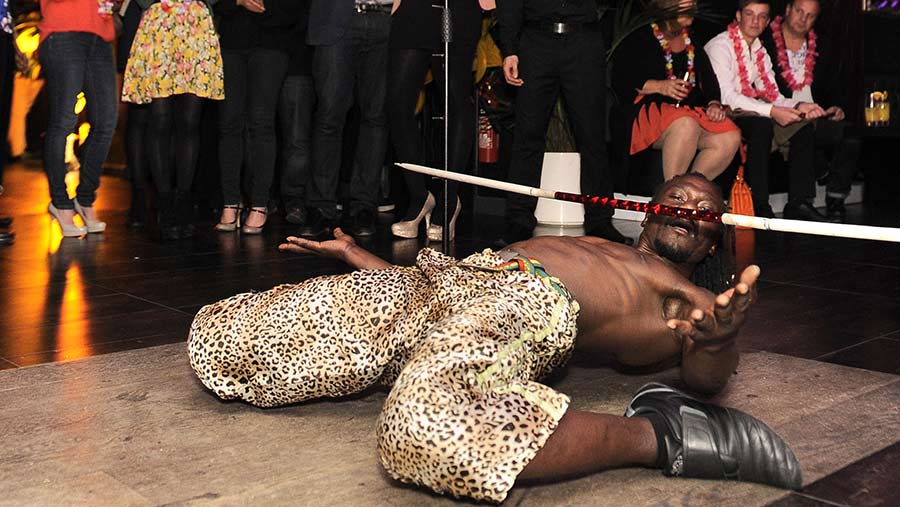 I can’t help but admire the optimism of the woman who, at a post-Brexit celebration, observed that, in the 1970s, we had a manufacturing industry and everyone left school with three jobs to go to.

But she forgets that, since then, we have had four world economic recessions, the globalisation of production and capital, the squandering of North Sea oil, and the rise of China and the entire internet.

No, if we hadn’t joined the European Union, she would still be living in the world of Heath and Wilson, the three-day week, crap beer, the DeLorean car fiasco, overt sexism, racism and homophobia, and Jimmy Savile in his heyday. Wow – party on, love!

When you read this, we will have been out of the EU for a month, and predictably, the sky will not have fallen in. It can’t, of course, as we are in the “transition” phase, when we obey the rules and pay the bills, with no say or representation.

As an erudite man, I’m sure Boris Johnson will see the parallel with “limbo” (the abode of the souls neither in heaven nor hell, as opposed to the dance where you have to bend backwards and shuffle under a horizontal bar without falling over).

During transition, the world is our free-trading oyster, with deals to be done everywhere. I imagine that even now, in lamentably smoke-free rooms in Washington, Brussels, Buenos Aires, Canberra and Kampala, the opening address from the British side will go something like this:

“Agriculture is non-negotiable. We will put financial services, industry and technology on the table, before we risk a food and farming sector that is worth £122bn to the UK economy. At the heart of this are our outstanding environmental and animal welfare practices.”

Naturally this will be mirrored by a domestic policy in which the current £3bn-worth of farm support is maintained. Although now termed “public money for public goods”, it will be immune to demands for more cash from health, education, welfare, transport and policing.

But there is a flaw. Boris needs to keep his new northern voters happy. He can’t give people real jobs and affordable houses, even with his shiny new rail link, so he has to give them cheap food – the first lowering of the bar we need to limbo beneath.

Boris has already said Ugandan beef imports will be part of new trading relations between the UK and Africa, so you know where things are heading – the second lowering of the bar, and we’re bending well backwards.

Next, our ex-ambassador in Washington is clear that the US is pitching for much, much greater UK access for their agricultural products (and a lot more) in their negotiations – the third lowering of the bar; we’re getting pretty horizontal now.

The EU will agree a zero-tariff, zero-quota free-trade agreement with the UK if we don’t lower social and environmental standards to undercut them. But Boris has said he will not be bound by any such restriction. Could he make it any clearer?

Either we get these deals done by the end of 2020, or we default to World Trade Organization (WTO) rules. WTO is all about tariffs and quotas, and it doesn’t like farm support hidden as environmental funding. Now we’re flat on the ground.

Don’t worry. Here comes a woman in a DeLorean to get us back to the 1970s.