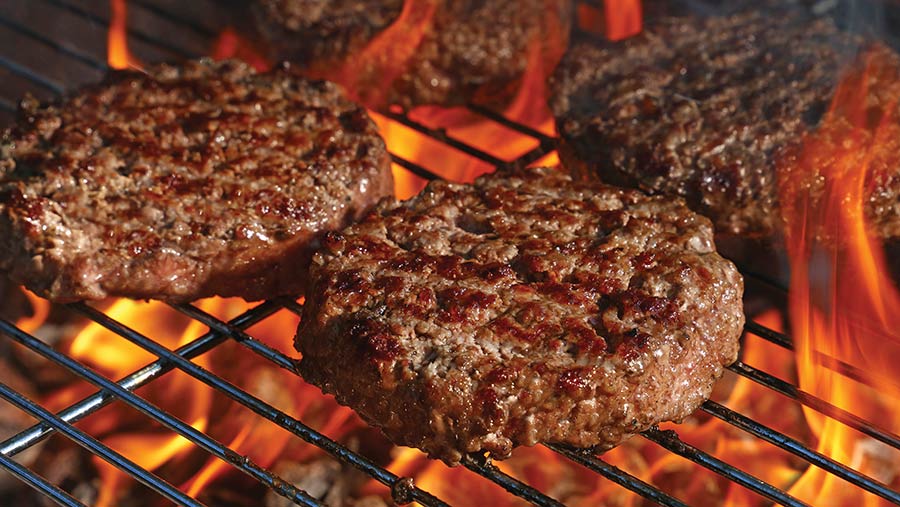 It seemed like such a good idea at the time. I’d do a taste comparison test on the fake meat burgers that I’d heard so much about and write about it for Farmer’s Weekly.

But as I stood at the plant-based alternatives section of the supermarket, furtively looking around in case someone I knew saw me, all I could think was “do I really want to do this?”

See also: No ban on meat terms for plant-based products

The feeling only intensified at the checkout. The last time I’d been this embarrassed to purchase anything was as a wildly optimistic 15-year-old picking up condoms in Boots the Chemist, and needless to say, it didn’t end as I’d planned then either.

Undeterred, however, I then returned home and made plans for the following evening.

Two burgers, one from my village butcher made from locally produced beef, the other manufactured in the Netherlands and made from pea protein, various oils, flavourings, salt, potato starch, rainbows, and the pure and undiluted tears of angels. Something like that anyway.

As livestock farmers, fake meats made in factories may seem like something out of a bleakly dark and dystopian future, but they’re already perfectly normal to the younger generation who are increasingly climate aware.

In the end, it failed the taste test. I felt it was dry, wasn’t much like beef and left a lingering aftertaste. Of course, this was only one of the many available options, and it could well have been my cooking, but it isn’t really the point.

Firstly, I’m a middle-aged rural dad and hardly the target demographic. Secondly, taste isn’t why people buy these products – and companies investing eye-watering amounts of money into them will only improve that in time.

The reason that people are buying them is that plant-based alternatives have been shown to be far easier on the environment than meat production.

The particular brand of burger that I chose uses 99% less water, 93% less land and incurs 90% fewer fossil fuel emissions than regular beef. Those figures are difficult to ignore.

My children tell me that several of their primary school classmates actively identify as vegetarians and will choose Quorn lasagne over the real deal at lunchtimes.

As livestock farmers, fake meats made in factories may seem like something out of a bleakly dark and dystopian future, but they’re already perfectly normal to the younger generation who are increasingly climate aware.

It doesn’t matter what we think about our high welfare systems and the pride we take in the relatively low environmental impact of beef production here compared to some other countries, if our customers see something different. As anyone who works in retail will tell you, perception sells.

This being said, in the short term I’m not concerned. Large-scale social change doesn’t happen overnight and humans have, after all, eaten meat for more than two million years.

The NFU’s ambitious pledge that UK agriculture will be carbon neutral by 2040 is positive, as long as we hit the target and, critically, that consumers are aware of it.

So too is the recent National Beef Association report recommending a carbon tax on cattle slaughtered after 28 months of age, though it made for uncomfortable reading for many of us and raised as many questions as answers.

Will we still be eating meat in 50 years’ time? Yes. What about 100 years? I’m not so sure. One thing I’m certain of however, I’ll be continuing to get our burgers from the village butcher. Just prime beef, with no added bullshit for me.