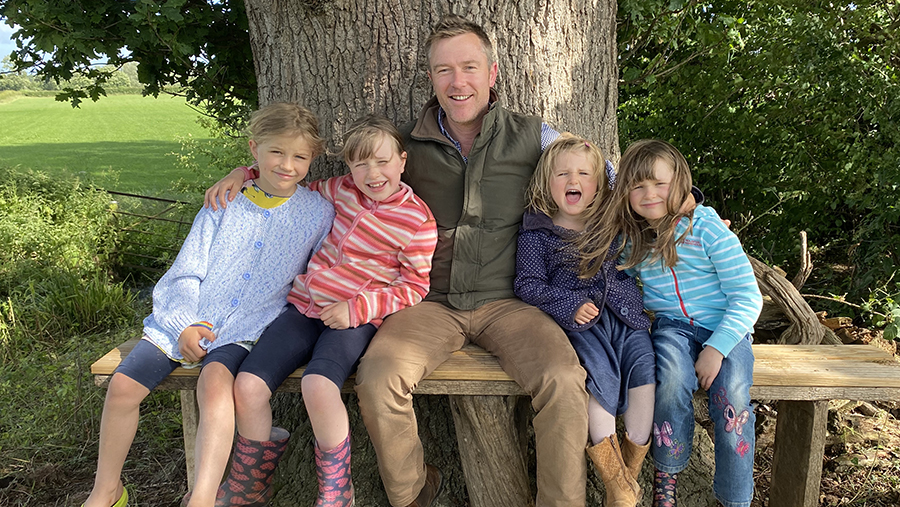 Will Evans with his family

In the midst of the worst global pandemic in more than a century, with all its associated human tragedies and dire economic consequences, it can be hard to stay positive. I’m sure I won’t be the only one currently having restless nights worrying about world events and things that are way beyond my control.

Despite this, however, there are silver linings to be found in the dark coronavirus cloud, and for me they’ve come in the form of my daughters being at home.

See also: 3 positives to be had from the current pandemic

There are four at the last count, aged nine, eight, six and four (yes, if I was a dairy bull, I’d be worth a fortune), and although schooling them hasn’t been without its challenges, as my wife would very strongly affirm, I have a feeling that in future years we’ll look back on this period as something immensely special in all our lives.

I suppose that the challenge for all modern parents, in whatever industry we work in, is striking the difficult balance between working hard to build a better future for our children financially, and actually spending time with them before suddenly they’ve grown up and gone.

In the past, I’ve struggled with this, especially during the hectic summer months, and have often felt that I was letting them down.

But during this enforced respite from our often-chaotic everyday life, I’ve been with my children almost every day, and it’s been a joy to have them regularly helping on the farm, learning things that will hopefully stand them in good stead for the future.

I’ve also watched with amusement as they’ve pestered my parents with endless questions. Life has a funny way of repeating itself sometimes.

As a family, we have built dens, dammed brooks, tracked wildlife, climbed trees, rolled down hills, had water fights, camped out, rode our bikes, got into mischief, and had the kind of adventures that I always wanted them to have. I wouldn’t have missed this time with them for the world.

Secretly, a big part of me doesn’t want normal life to resume again, although the six-year-old informed me last week that she’d decided she was leaving school for good now anyway, stating “and that’s the end of the matter”, before striding out of the room.

I have a feeling that she’ll change her mind when she sees the remuneration package on offer, however.

In reality, I have no idea if any of my daughters will want to take over the farm from me one day, or whether they will scatter to the four corners of the earth to pursue whatever career paths they choose. But I do know with absolute certainty that they will always have the magical memories of their farm childhoods to carry along wherever their lives take them.

The term “family farm” is often casually thrown about, without us really stopping to consider what it actually means.

So very few children in our society get the privilege of growing up on them, with the endless green space to run around and make noise in, the daily opportunity to witness nature in all its glory, and the chance to spend time with parents and grandparents. How very fortunate indeed we are in these tumultuous times.