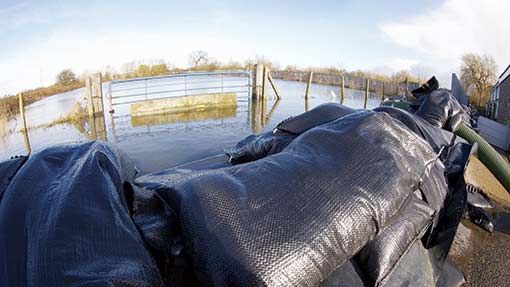 When it came, the farming community’s response to the floods was as rapid as the rising water that engulfed James Winslade’s farm at Moorland, Somerset, writes Farmers Weekly chief reporter, Johann Tasker.

Within hours of appealing for emergency supplies of feed and bedding for his 550 cattle, he was inundated with offers of help.

So far, farmers have made almost 250 pledges of animal feed, forage and bedding for their flood-hit peers on the Somerset Levels. All of it and more will be needed to satisfy the requirements of some 1,200 livestock, which have now been evacuated from 16 low-lying farms.

The farmer-led response to these floods is in stark contrast to the shameful failure of politicians and government agencies to get a grip on the situation. But then farmers know better than anyone else the impact weather can have on their livelihoods.

Livestock producers will continue to feel the impact of these floods long after the politicians and media circus have departed. It will take months to tidy up the mess left behind as the water recedes. Farmers will be grappling with the legacy of these floods for years to come.

With 14,000ha under water, there will be no hay or silage cut on much of the Somerset Levels this year. Then there is the pollution to deal with too. Much of the water contains sewage, diesel and other detritus – all of which needs to be cleaned up.

When the water has gone, land must be aerated, sward-lifted and limed. It will be autumn at least before any reseeding takes place. Depending how long the floods last, reseeding is more likely in 2015. Which means a year from now, there still won’t be any home-grown feed or grazing.

Among the first to react to the crisis was Andrew Ward, the Lincolnshire grower who founded Forage Aid. The rapid response initiative was set up last year to mobilise donations of animal feed and bedding to livestock farmers hit by some of the worst snowstorms Britain had ever seen.

Named Farm Champion of the Year by Farmers Weekly in 2013, Mr Ward has now been spurred into action twice within 12 months. He says he “never envisaged that Forage Aid would be needed so quickly again – or on such a scale”.

The first time round, Mr Ward spent countless hours on the phone persuading farmers and hauliers to donate and transport forage. This time, the job has been easier. After last year’s success, more people know what Forage Aid is. And more people want to help.

It is early days, but talks could yet see a major storage depot or aircraft hangar secured as a Forage Aid distribution centre for animal feed and bedding. There is also talk that Forage Aid could become a permanent organisation, ready to swing into action in response to future emergencies.

The biggest surprise in all of this has been the supermarkets. More usually associated with driving a hard bargain from farmers, both Asda and Tesco have stepped up to the plate in terms of providing assistance to those affected by flooding.

Having made its fleet of lorries available to haul forage and bedding to Bridgwater, Tesco says it will haul a further six to eight loads a week for the next six to eight months. It’s a major commitment from Britain’s biggest retailer and British agriculture’s biggest customer.

Meanwhile, a donation of £2,300 has been made to Asda’s store in Taunton – enough to buy 25t of straw and cattle feed. In Asda’s store at nearby Bridgwater, £1,000 has been donated to provide food parcels supporting families in evacuation centres.