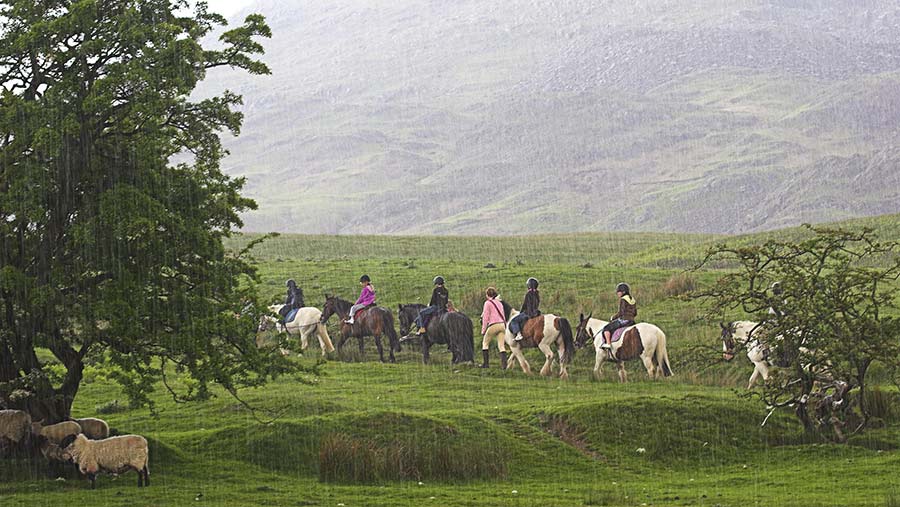 Paul Sherwood is chairman of the North Yorkshire Local Access Forum, and here he gives his views on the need for everyone to respect the countryside, and for farmers to get involved in the debate.

Even before the mass trespasses of the 1930s, which brought about the National Parks and greater freedom of access in the countryside, there has been conflict between people wanting access to open countryside, and the owners and users of that land.

Twenty years ago, the Countryside and Rights of Way Act did little to resolve a lot of these issues, and it wasn’t helped by the popular, but incorrect term “right to roam”.

In fact, there is no “right” to wander about anywhere other than designated open access areas, which generally do not include arable land.

Unfortunately, a lot of legislation is misunderstood on both sides and the notion of a public footpath or bridleway is a mystery to many.

This has been exacerbated during the current coronavirus pandemic, with a lot of casual walkers wandering anywhere, with their dogs out of control, and leaving gates open and generally acting in an antisocial way.

Even the more serious, regular walkers come in two types; those who accept that farms are businesses that need to run efficiently and are willing to accept compromise; and those who are hell bent on sticking to the exact line of the right of way, oblivious to the need to make adjustments at times.

None of this is helped when the 1980 Highways Act is such a bureaucratic and costly nightmare when farmers want to divert existing rights of way.

Over the past couple of decades, a lot of paths that ran right through farmyards and past farmhouse windows have been sensibly diverted on safety grounds. Walkers cannot saunter through a power station or steelworks, so why should they expect to walk through an agricultural complex?

As such, the current proposal to enable landowners a little more flexibility on temporary diversions seems sensible. But how, in reality, does it evolve on the ground?

Signage is always an issue. The highway authority maintains signage where rights of way depart from a road, but then it seems to be up to the landowner. Walkers can follow a route with no problem, then come to a change of landownership and… no signage.

To consider such issues, local authorities in England have local access forums, made up of “users” (walkers, riders, cyclists and so on), landowners, local businesses and elected members of the local authority.

I am chairman of the North Yorkshire Local Access Forum, and we, like a lot of others, have extreme difficulty in getting anyone from the likes of the NFU, or the Country Land and Business Association, or even farmers in general to join us. Yet the forums that do have land agents, estate owners and farmers say they always have a very worthwhile input – such as on the ongoing discussions on temporary diversions. It would be good to see more.

Genuine walkers and cyclists have a real interest in a rural way of life and help to support the local economy. They generally use public rights of way correctly and act sensibly.

But the current spate of casual visitors to the countryside, with their associated litter and dog excrement left hanging on hedges in plastic bags, will take a little educating. Farmers can play a key role in that process.