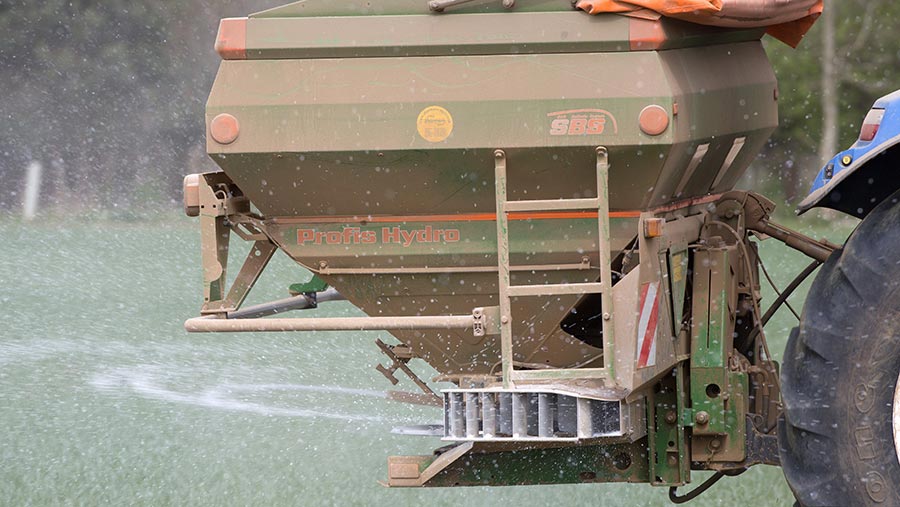 It makes up 80% of our atmosphere but, until 1910 at least, was perhaps the single most significant limiting factor in the development of agricultural productivity.

It forms the heart of amino acids, the building blocks of life and the foundation of any diet, whether animal- or plant-based, but is also the key component of most commercial explosives; and its misuse could easily be credited with more environmental damage than any other single source. Nitrogen is indeed a paradox.

In 1909, German chemist Fritz Haber developed the process that bears his name, to convert elemental and virtually inert atmospheric nitrogen into its reactive forms, spawning the synthetic fertiliser (and explosives) industry, which in turn drove agricultural productivity to previously unimaginable levels.

Until 1910, the world’s population had slowly increased, over hundreds of millennia, to about 1.5 billion, with food production effectively limited by the constraints of biological nitrogen fixation.

Once Haber broke that link, the brakes were off and, in the next century, the number of people on the planet exploded fivefold to today’s 7.5 billion.

While Norman Borlaug is rightly lauded as the father of the green revolution of the 1960s and 1970s, nothing he achieved would have been possible without Haber.

The underlying reason for all of this is the strength of the N:N molecular bond, which makes atmospheric nitrogen so difficult to use.

Breaking that bond, whether biologically or industrially, requires considerable energy, which is why protein crops such as beans or soya yield so much less than maize or wheat, and why protein, in whatever form, is so much more expensive than starch.

Although the Haber process significantly reduced this cost, there is a downside.

Increased nitrogen use has resulted in significant emissions of environmental pollutants, namely nitrous oxide (the most potent of the major greenhouse gases), ammonia (with agriculture accounting for about 80% of total UK emissions) and, of course, nitrates in water.

While emissions of methane, the other major agricultural greenhouse gas, tend to reduce per unit of output as animal productivity increases, nitrous oxide, ammonia and nitrate losses all tend to rise as crop and livestock output increases.

Furthermore, the extent of methane’s global warming potential is currently being challenged by new research, which will only add to the pressure on nitrogen, whose use efficiency, despite progress over the past 30 years, appears to have flatlined in the past decade, according to Defra figures.

This is why improving nitrogen use efficiency is perhaps the single most significant technical and environmental challenge facing agriculture today, as we juggle maintaining food security, reducing our environmental footprint and meeting our self-imposed target of  “net-zero” greenhouse gas emissions from farming by 2040.

There is unlikely to be a single silver-bullet solution to this challenge. Instead, success will be contingent on the focused application of multiple technologies and approaches, and close scrutiny of every aspect of the crop and livestock production cycle.

It is incumbent on us, the industry, to drive this process and demonstrate proactive leadership to control the agenda around the essential role of nitrogen in food production. If we don’t, it risks becoming the next in a long line of victims of media-driven political interference in agriculture.