Defra secretary and Brexiteer Michael Gove was keen to highlight how leaving the EU would free the UK from the “bureaucratic straightjacket of the CAP” during his address to the Oxford Farming Conference earlier this year.

But his optimism was curtailed when addressing the topic of gene editing – an area of policy on which Europe has been accused of “taking a backward step”, particularly following recent European Court of Justice (ECJ) rulings.

Instead, Mr Gove talked of “important ethical and economic questions about gene-editing that we need to debate”.

This suggests the Defra secretary is well aware of the divided opinion among the devolved administrations with regards to new breeding techniques (NBTs) such as genetic modification and gene editing. 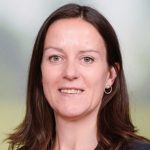 Previously, only organisms that had foreign genes inserted into their genetic code were restricted from distribution in the EU under the original 2001 GMO Directive.

The editing of the pre-existing genome within an organism is known as mutagenesis and was not covered.

However, according to the latest ECJ judgement, “all organisms obtained by mutagenesis are GMOs”, a definition that has generated heated discussion in scientific communities.

Of course, humans have been genetically engineering organisms for hundreds of years through conventional breeding techniques.

The ECJ tried to address this by drawing a distinction between new techniques and those that “have conventionally been used in a number of applications and have a long safety record”.

But they are now caught within the general prohibition, as they have not been in use long enough.

The right to restrict or ban GMO

EU member states and their regions are able to individually restrict or ban the cultivation of GMO crops on their territory.

Within the UK, Scotland, Wales and Northern Ireland embraced this option, whereas England did not.

Although no GM crops suitable for cultivation in England have yet been approved by the EU, post-Brexit policy decisions may see divisions in the UK widen.

While consumers would likely resist a repeal of all NBT regulation post Brexit, overturning the more controversial restrictions around the use of a precise scientific tool may prove more palatable.

In seeking to deliver the fourth agricultural revolution, Mr Gove seems to have a delicate balancing game ahead.

However, it’s not the only tool in the precision farming box.

The intention of genetically improving crops is to enhance agricultural yields and overall productivity, but genetics is not unique in this objective.

The Defra secretary himself acknowledged that “vertical farming… can also guarantee improvements in yield, while at the same time limiting environmental externalities”.

Other technological advances, such as big data, precision equipment and robotics, have the potential to entirely alter the future of food production.

Whether gene-editing technology forms part of the fourth agricultural revolution, or is made redundant by it, is a moot point.

But without access to it, the UK remains wedded to a version of “museum agriculture” and unable to access the productivity improvements achieved in the US, Brazil and Argentina.

Is there an opportunity to be freed from the GMO straightjacket as we leave the CAP and will we be brave enough to allow consumers to decide?

For the devolved administrations, there may well be a continued marketing advantage in remaining GMO-free.

But for producers looking at global commodity markets, smart deregulation by government combined with an enterprising spirit from business will give the public the chance to show their opinion on precision plant breeding with their wallets.