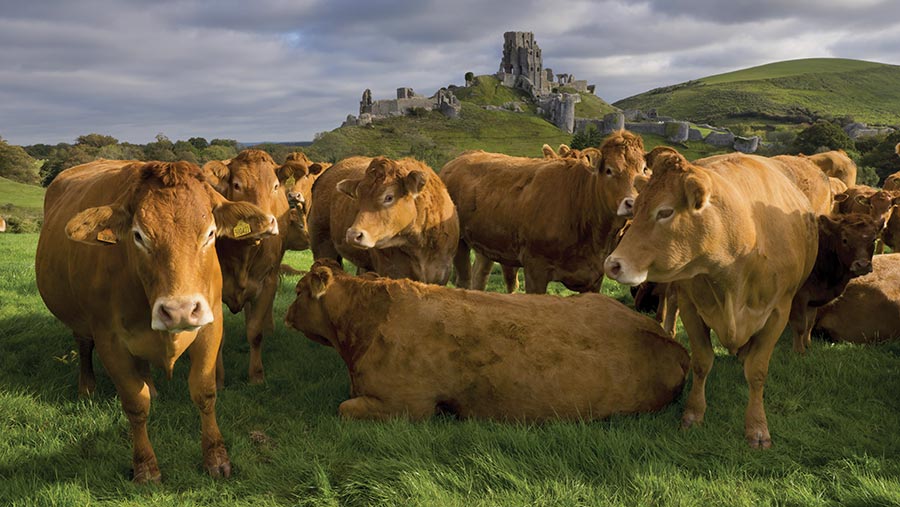 If you are at a loose end on winter nights during this lockdown period, may I suggest trying a little magic? Not the David Copperfield sort, but rather visiting Defra’s Magic website.

From it origins in mapping the more obvious designations such as nitrate vulnerable zones, the Magic website has evolved into a source of all kinds of information about your farm. Groundwater vulnerability? Check. Priority habitat? Check.

See also: Delivering for the environment has its complications

Just open the big map and zoom in to where your farm is, then start clicking on the buttons down the left-hand side. Warning: don’t click on all of them at once, or your farm will just look like a nuclear explosion.

The historic sites fascinate. Want to know the historic landscape characterisation of your farm? Whether you have any registered battlefields? Or how geographer Dudley Stamp described your farm in his Land Utilisation Survey 1933-1949? It’s all there.

Nothing shows up how little we know about our farm’s history more than the Historic Environment Record (HER). The HER is not on Magic, and the only time most people come across it is in stewardship scheme applications, when it is received and promptly forgotten.

The historic environment has always been the poor relation in stewardship, and I fear it will be the same in Environmental Land Management (ELM). I’ve yet to come across a farmer who knows about anything in their HER, unless it coincides with a bit of family history or is glaringly obvious.

Unfortunately, a lot of historical stuff isn’t obvious. Take the farm I did a survey on recently. The HER told me it has an old moated farmstead site and, helpfully, the modern map has “moat” next to it in an antique script, as well as a nearby “Moat Farm”. Enough clues?

On the ground, what’s left of the moat looks like a couple of mucky old ponds, but it is medieval, and part of a larger site where the moat (which was a status symbol rather than a real military defence), would have gone round the whole main building.

The farmstead shows quite clearly on a 1946 air photo and post-war map, but I didn’t find any remnants of it – if there are any, they will just look like any old bricks and rubble. The whole site is scrubby, overgrown and unmanaged, so it’s perfect for wildlife as well.

Then there is the Second World War command post on another farm that looks like nothing more than an old breezeblock shed – because it was a breezeblock shed. But in its day, it directed a battery of guns nearby, targeting Hitler’s bombers coming over the coast en route to London.

These sites look like a mess to be cleared up, or handy rubble for some hardcore. But people lived and died on that moat site maybe as far back as the 13th century; your father or grandfather might have telegraphed a signal from that shed to the guns, his knuckles white on the telephone receiver.

History might be hidden, but it’s not dead. All those places, and the people who lived and worked there, give depth and meaning to the countryside you live in now. So get on to Magic, dig out that old HER, and bring the past to life…