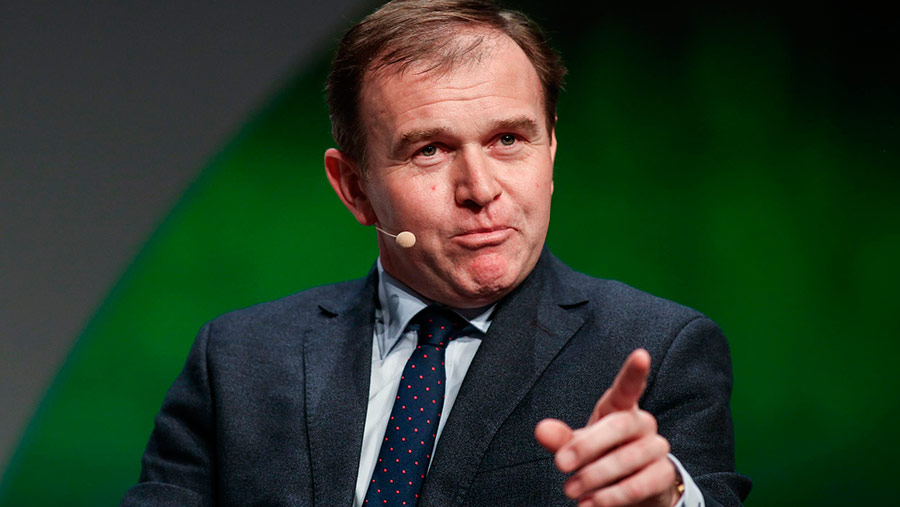 Defra minister George Eustice has pledged to tackle poor profitability and look after farmers as the government pushes ahead with its plans to reform support for agriculture.

Mr Eustice made the promise as the government reintroduced its Agriculture Bill to parliament on Thursday (16 January) – paving the way to phase out direct payments to farmers in favour of a new system largely based on environmental support.

The government has long argued that direct payments based on the amount of land farmed unfairly skews taxpayer-funded support towards the largest landowners – rather than towards growers and livestock producers who deliver specific public benefits.

But the Bill contains a number of new measures, too.

This includes a new requirement for the UK government to regularly report on food security to parliament – including when food comes from, its availability and the resilience of the food chain (see “What’s new in Ag Bill?”).

Defra says the new system of support – introduced over seven years from 2021 – will maximise the potential of land for food production while encouraging farmers to improve air and water quality, raise animal welfare standards, improve access to the countryside and reduce flooding.

Writing exclusively for Farmers Weekly, Mr Eustice said he recognised many farmers relied on direct payments for a large proportion of their income.

But rather than maintain a system that masked poor profitability, the Agriculture Bill would tackle its causes.

Grants would help farmers invest in new technology and equipment to reduce costs.

The Bill would also help improve transparency and fairness in the supply chain so farmers could “stop being price takers and start getting a fairer share of the cake”.

Even so, Mr Eustice acknowledged that farming is a risky business.

And he added: “There will always be circumstances where the government must act and intervene in a crisis to support farmers or stabilise markets and the Bill makes provision for that, too.”

The Bill is expected to make a swift passage through parliament due to the government’s large majority.

Although basic payments will be phased out as the new system is phased in, overall annual funding for agriculture will remain at current levels for the current parliament.

Later in the transition period, the government plans to delink direct payments from the requirement to farm land.

It says this will give farmers greater flexibility to plan their future by either investing the payments in their business, diversifying or retiring from the industry.

Mr Eustice said: “We want to make it easier for farmers to retire with dignity and simultaneously help new entrants get access to land.”