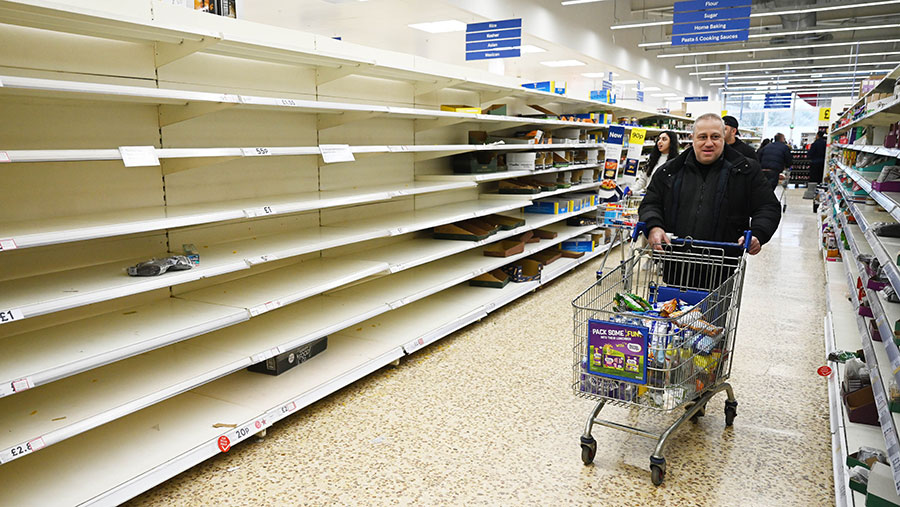 What a difference a year makes. Last June, every headline, every news bulletin and virtually every discussion involved Brexit.

Today, as I write, while we are assured negotiations to leave the European Union continue, the focus is on Dominic Cummings, Covid-19, how many more people will die and how much damage the economy can stand.

As former prime minister Harold Macmillan replied when asked by a colleague what were the most difficult things to deal with as leader: “Events, dear boy, events.”

And, while some pundits have claimed they expected a pandemic, their views were ignored and neither Britain nor the rest of the world was prepared for coronavirus.

You might think, with something as big and expensive as that to deal with, the government would be looking for more time to sort Brexit. But whenever that possibility is mentioned, it is swiftly rejected. “We leave at the end of the year – with or without a deal.”

Defra, supposedly led by people who understand our industry, is commanded by uninspiring individuals who lack the political oomph to do what is needed

One interpretation of that might be that we are racing towards a waterfall without a lifebelt and no hope of avoiding a sickening crash as we fall over the precipice to the valley below. Others confidently expect a lifeboat in the shape of a deal to rescue us just before we fall. I wish I were that optimistic.

Meanwhile, Defra, whose responsibilities include feeding the nation, pressed on with an Agriculture Bill, much of which is so inappropriate as to be almost unbelievable.

In the face of declining food self-sufficiency, it barely mentions the production of food, preferring to concentrate on “the public good”, which excludes food, apparently.

As professor of food policy at City University, Tim Lang, said in his book, Feeding Britain, this country has not had a food policy for years, having opted out of that responsibility by taking the “Leave it to Tesco” approach.

And now, as we attempt to recover from the shock of coronavirus and find ourselves being swept downstream towards being cut off from our biggest trading partners, we may have left it too late.

At least the Trade Bill, which followed that for agriculture in the House of Commons, included some tariff protection for our industry. But whether that is as secure as a commitment not to allow imports with production methods that would be illegal here remains to be seen.

Defra, supposedly led by people who understand our industry, is commanded by uninspiring individuals who lack the political oomph to do what is needed.

Faced with a similar situation in 1947, Labour agriculture minister Tom Williams, with Jim Turner (later Lord Netherthorpe) of the NFU behind him, introduced an Act that secured the nation’s agriculture for many years and increased the production of food for a hungry population.

Current international trade secretary Liz Truss, on the other hand, seems to be preparing to import goods from around the world, so long as they are cheap.

But they may not always be cheap. Just as there were warnings of a pandemic for those willing to recognise them, there are already forecasts of food shortages caused by Covid-19.

So how does our government respond? Why, “Leave it to Tesco”, of course. How pathetic!