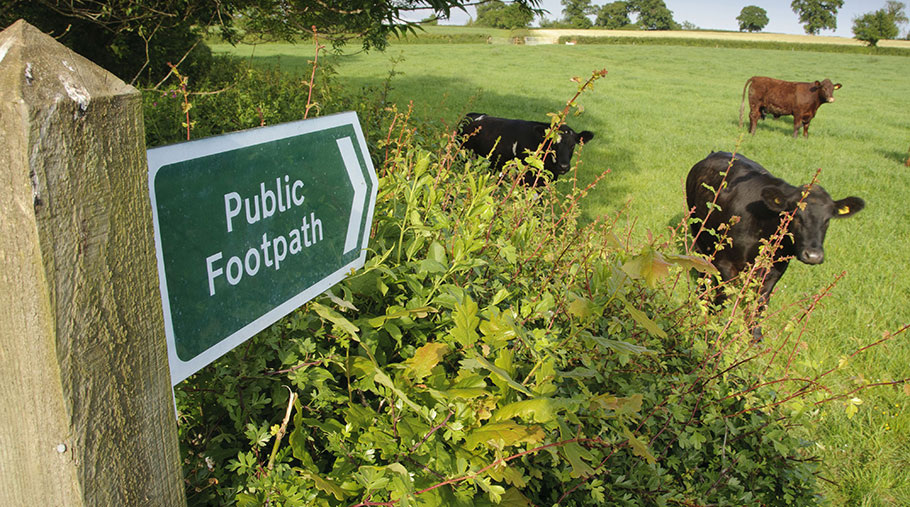 During a previous economic crisis in the early 1970s, my brother emigrated to New Zealand.

Working and raising a family, it was not until the late 1990s that he made his first trip back to the “old country” and came to see us in Kent.

Naturally, we thought that, as we are so close to London, he would want to head for the bright lights. Not a bit of it; he wanted to get out on to our footpaths, and walk.

We easily forget public rights of way simply don’t exist in many other countries. They may have excellent long-distance trails and walking routes in protected landscapes, but you can forget about heading off into ordinary farmland.

My brother runs a “tramping club” where he lives in New Zealand. He rings up a farmer and asks if the club can come out and have a walk round the property. If it’s a “yes”, he checks out a route, then brings a group out to the farm.

All very pleasant, but he loves it that here he can step out of our front door and head off pretty much in any direction he wants, without having to ask. The paths are signposted, they cut through crops, stiles lead over fences, bridges cross streams – and it’s all free.

Of course seen from the other side, rights of way can be a nuisance. Having to keep a path open that leads nowhere, that cuts a bit off a field and is never used. Walkers who blunder “off-piste”, despite the signage. Dogs. Litter.

But the people who really abuse the countryside, and will abuse you, if you question them, are more likely to be your neighbours in the posh house. They’ve probably made a way straight from their garden, so they can take a dog round the field margins you made for wildlife.

The average walker just wants to get from A to B, and that includes me, when I’m out walking. There is nothing worse than obscured or non-existent signs, paths not kept open, and a feeling of unease as you get near a farmstead. “It may be your right to come through here, but if I can put you off, I will.”

Here’s another way of doing it. A fruit farmer I know has put leaflet dispensers where a footpath enters and leaves his land, with a laminated sheet that walkers can pick up. It has information on what’s happening on the farm, and the wildlife people might see.

It takes little to produce, can be quickly updated, and sells the industry really well. The idea is to drop off the sheet as you leave; in fact people tend to keep them, which says something about their value.

With enjoyment of the countryside one of the “public goods” Defra secretary Michael Gove tells us we will be rewarded for, a combination of the tramping club and laminated sheet could tick quite a few boxes.

Invite groups on to the farm, and take them round. Leave them with some helpful information – and a warm feeling about farmers and farming that we can all benefit from will persist.