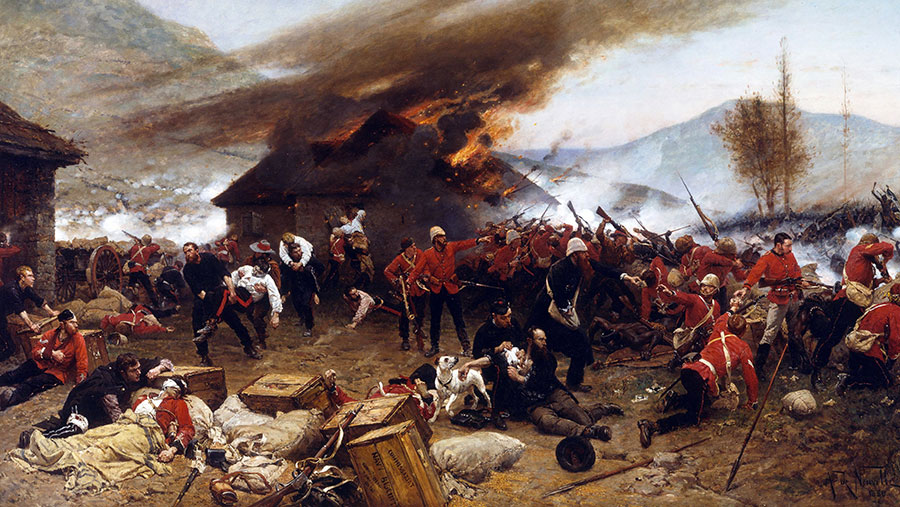 There is a maxim that goes something like “A good big ‘un will always beat a good little ‘un”, implying that in any sporting or military contest, size and power will invariably prevail.

Thankfully, history has proven this not always to be the case, with Agincourt in 1415, Rorke’s Drift in 1879 and Headingley in 2019 being three notable occasions where resolute defiance in the face of seemingly impossible odds resulted in a famous victory.

Dogged self-belief, determination and, crucially, the intelligent use of scarce resources have, more often than not, been the hallmarks of history’s most improbable victories.

And it is quite frequently the oft-overlooked and less glamorous detail of these fabled triumphs that can offer us the most valuable lessons for the challenging times we face as we prepare to engage with a world outside the aegis of the European Union, whose tariff barriers have shielded us from its brutal and uncompromising nature.

Perhaps our most valuable resource of all is people. A fit, functioning and motivated workforce can be a great leveller, as Nelson proved decisively in the battle of the Nile in 1798, when his gun crews were – by dint of better training, nutrition and, consequently, morale – able to reload their guns roughly twice as fast as their French counterparts.

This allowed the Royal Navy to get among the numerically superior and much more heavily armed French fleet in Aboukir Bay and win a swift and resounding victory from which the French never fully recovered, paving the way for the naval endgame at Trafalgar seven years later, and Britain’s subsequent  dominance of the world’s oceans for more than a century.

Competence, leadership and professionalism are key to the future competitiveness and the survival of our industry.

It is perhaps ironic, given the example cited above, that it is the French today who recognise this more than we do and who are working harder to instil a culture of relevant qualification and professional development among their farmers.

Indeed, to become a farmer in France today and to secure the ongoing support of the government or access to EU funding requires a clear demonstration of professional competence and a commitment to ongoing development of one’s technical, financial and governance skills, rather than the simple accident of birth that remains the principal route to entry here in the UK.

While this might appear an overprescriptive and bureaucratic anathema to some, one could just as easily argue that the pace of technological and regulatory change we are currently witnessing necessitates the introduction of such a system.

It is a change that would simply bring agriculture into line with every other profession, where formal qualification and continuous professional development are accepted as the norm and as a licence to operate.

Farming is and will, for some time to come, remain the recipient of significant quantities of public money. However it is dressed up, it will be increasingly important for farmers to demonstrate their professional competence if this is to be sustained.

Claiming custodianship of the countryside and the environment is simply not enough, particularly as the wider social dividend of public subsidy typically takes years to manifest itself in terms of tangible outcomes.

We owe it to ourselves to raise the bar across the board. The challenges we face, both at home and abroad, make punching above our weight a necessity rather than an option.