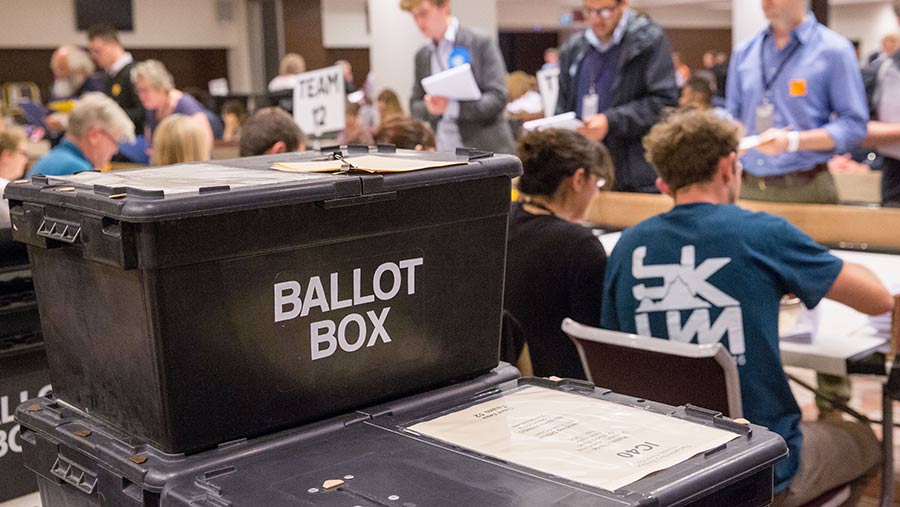 Having encouraged our three children to go out and see the world, it should have come as no surprise to us when they all ran away from home.

However, I was greatly heartened recently when the date of the general election was announced.

All at once the family’s WhatsApp group started to ping relentlessly as all three began to make urgent arrangements to cast their votes from their respective locations in the world.

It turns out that, for the young McQs, home is where the poll card is.

While it is encouraging to know that our lot, who are in their mid-20s, are fired up by politics, the situation has created tension in the home.

We’ve now discovered just who trusts who. One of them has entrusted her mother to put the cross in the right place and has organised Mrs McQ to vote on her behalf by proxy.

Another (bless her) has entrusted her father to do the right thing and has asked me to vote on her behalf. The third doesn’t trust either of us and has requested a postal vote.

Our kids have never been shy about their views on politics or about letting it be known when a politician has lost their support.

For example, all three would rather be “dead in a ditch” than cross the threshold of the five-star Trump Turnberry Hotel, which is just up the road from where we live.  Their mother and I would be inclined to agree with them.

However, this was not the way that I was brought up.  As far as I can recall, my parents always voted in general elections, but I have no idea which candidate they ever voted for. We just never talked politics at home.

I have three older sisters who have also been very good at keeping their politics to themselves. But, there’s sometimes a price to be paid for such secrecy in a very rural area like ours.

Many years ago, one of my sisters married a hill sheep farmer who lived in a remote farm at the top of the Luce valley.

Not long after they were married, she and her husband left their cosy fireside late one evening and made their way to the polling station on a very wet and windy election day.

They opened and closed two gates over the railway level crossing below their farm and another gate between them and the farm next door.

Then they made their way down six miles of flooded single-track road and cast their votes in the village hall, before making the tortuous return journey back into the hills.

It was only when the result was announced the next day that they discovered they had each given their vote to opposing candidates in a two-horse race for the Dumfries and Galloway seat. The outcome was not changed one bit after all their exertions.

While, in the case above, my sister and her husband might as well have stayed at home that day, it would be encouraging to see a high turnout on 12 December.

It annoys me when people complain about the numbers of times they’ve had to vote in recent years.  And, it annoys me even more when anyone says they didn’t bother to vote.

These are really testing times.  Everyone should do their bit and step up to be counted.