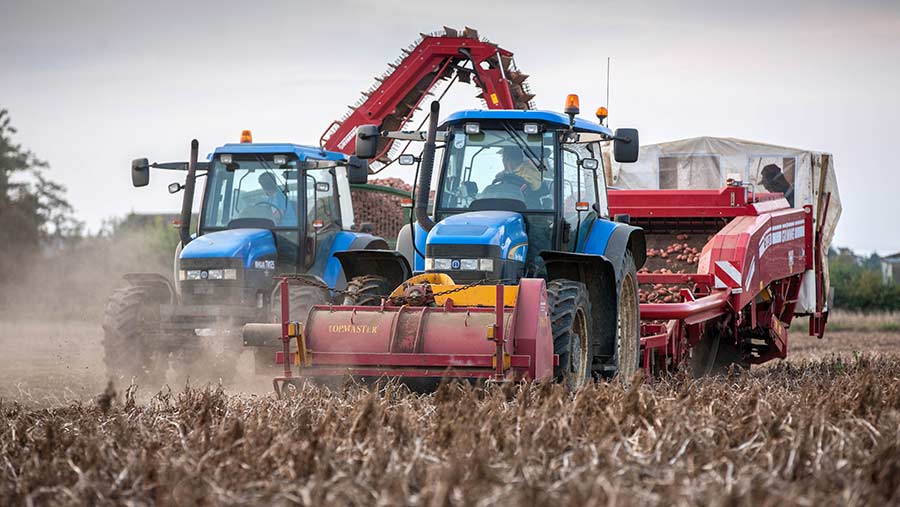 It would be understandable if the AHDB was feeling under siege. Ever since the government decided, in April this year, that it should be subject to five-year ballots giving levy-paying farmers the opportunity to vote on its future, disgruntled producers have been lining up to have their say.

Inviting the cash-strapped to decide whether they wish to continue to pay £70m/year in compulsory levies to a remote, bureaucratic organisation was always going to be a recipe for trouble.

Already a group of horticulturalists has submitted the required number of ballot trigger forms (5% of levy-payers in any given sector) to set up a vote on the future of the horticultural levy.

But even before the result of that vote is known (voting starts on 12 January), I understand that a further ballot is about to be triggered regarding the AHDB potato levy.

The organisers of the horticulture ballot tell me they see the right to vote on the AHDB’s levy as long overdue, citing the principle that there should be “no taxation without representation” and that, after 10 years at a total cost to British farmers of £700m, levy-payers have “an absolute right to judge the AHDB”.

So far they have been extremely disappointed at the lack of support for a vote from the AHDB and farmer organisations, including the NFU, and have had to spend large amounts of their own time and money (£20,000 and counting) to organise a vote.

Despite two Zoom meetings with Ali Capper, chairman of the NFU Horticulture and Potatoes board, and her officials, they could not agree a joint way forward.

Ms Capper even told them that, in the event of the AHDB horticultural statutory levy being abolished, she would want something in its place the next day.

Contact between the organisers of the ballot and fellow levy-payers who are also NFU members has revealed that these members were not aware of any grassroots consultation by the NFU concerning the continuation of the compulsory horticultural levy. So where Ms Capper gains her authority to speak so clearly on behalf of NFU horticultural members they are not sure.

Personally, I am not sure which way I would vote on the maintenance of AHDB levies in the sectors that affect my farm (red meat and cereals).

But as an NFU member, I will certainly be looking to be consulted properly by the union about my views. Similarly, if a levy-payer calls for a ballot, I would expect full co-operation from the AHDB.

The NFU is not exactly famous for one member, one vote democracy itself, so it really does need to go the extra mile to make sure that, when the opportunity arises for its levy-paying members to vote on the AHDB’s future, it is seen to be fully supportive of facilitating that. If the AHDB and NFU appear obstructive to democracy, it will only fuel the determination of farmers to have their say.

In the meantime, there is something satisfactory about witnessing a radical shift in the relationship between the AHDB and the food producers who fund it.

The AHDB has always seemed rather condescending towards farmers with its endless hectoring about the need to improve our efficiency and marketing. Now the boot is on the other foot…