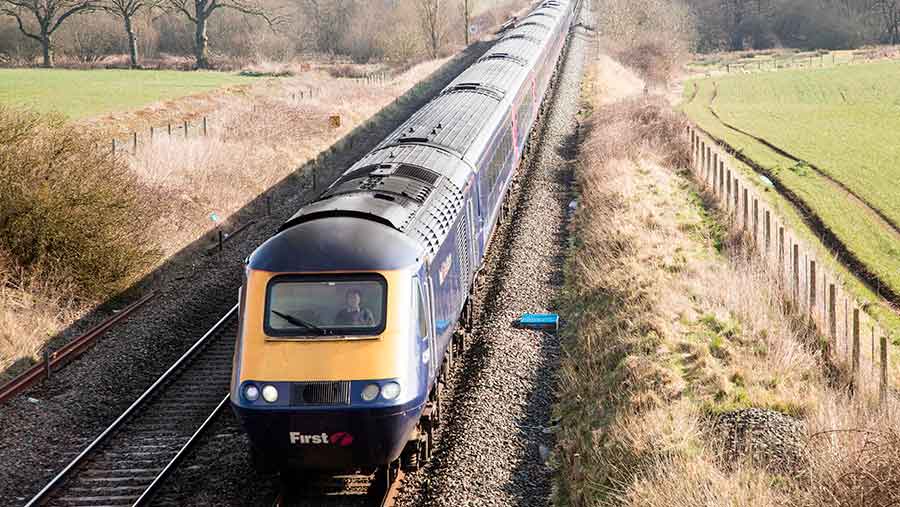 I’ll be disappointed if transport secretary Chris Grayling is still in his job by the time this column appears. Travelling on the rail network has become a nightmare for many people who rely on the service.

I imagine it must be almost as bad as the nightmare of having Network Rail for a neighbour.

I’ve got six neighbours on the boundary of my farm and I get on well with them all – except for that lot. You see, I have some history with Network Rail.

Forty years ago some of my cattle got on to the railway tracks. They gained access through a gate at a disused level crossing, which had been decommissioned years before I took over the farm.

The train going north from Stranraer towards Girvan killed four of my beasts. The driver of that train told the driver heading south towards Stranraer to be careful as there were cattle on the line.

He pulverised three more as he rattled down through my farm, seemingly without a care in the world.

It was a horrific sight and at least one of the railway workers lost his breakfast that day as we gathered up the bits.

Letters from the railway’s lawyers followed soon after and I never got a penny of compensation.

I was told I should have put a padlock on their gate at their disused level crossing, which I had no occasion to ever use.

Blaming the victim is not a new concept, but it is the one thing Network Rail has got down to a fine art.

And now, it’s happened again. I got a phone call at the beginning of February to say that some of my cattle were on the line at exactly the same spot.

When I got to the scene, the Network Rail staff member was like some hellish ghost from the past. He was muttering about a gate being open and four of my cattle were dead.

He advised me to take photos at the scene as he had already taken his.

He didn’t seem in the least bit concerned 20 of my cattle were still on the railway and the trains were still running.

It appeared to me this person was not interested in my safety, or the safety of my animals. The next lot of passengers who were due to come down the line very soon seemed to be of little concern to him either.

I can only suppose Network Rail’s man of the moment was busy downloading his pictures when I set off down the railway tracks in the dark to look for my cattle. I don’t think I’ve ever been more scared in all my life.

Walking on a railway, in the dark with the mini Beast from the East howling in your lugs, is not something I would recommend.

I eventually found my remaining cattle at 4am. They had survived two trains by that time and they were terrified, but fortunately none were injured.

Network Rail’s photographer must be pleased with his pictures, however, as more of the same-styled legal letters have now started to come in.

It appears there is still one part of Network Fail that can be relied on.