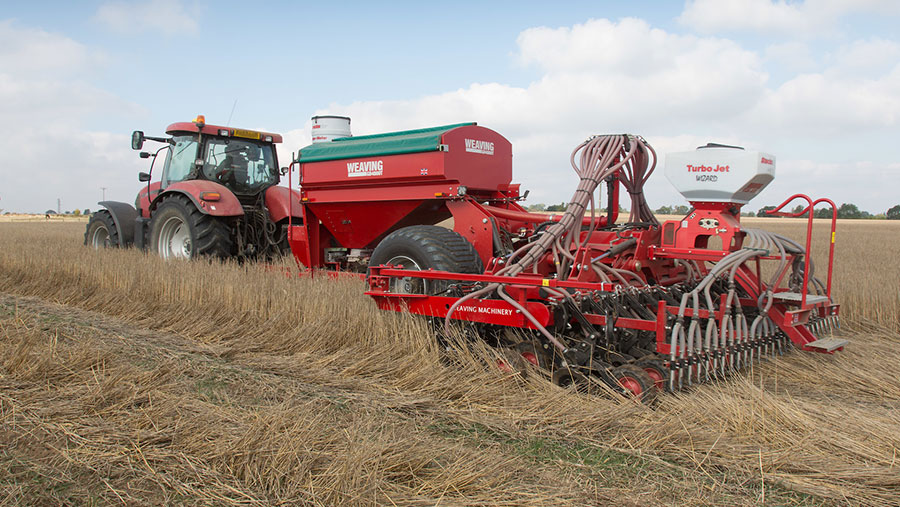 Few would deny Michael Gove is a switched-on politician who gets things done.

In the nine months or so since he became Defra secretary he has learned his brief quicker than most.

But, clever as he is and despite lots of farm visits in his new rubber boots and shooting jacket, he hasn’t picked up all there is to know about our industry.

The trouble is, he thinks he has.

See also: Successful establishment – how to get your crops off to a good start

I could quote a number of areas in which his knowledge is incomplete, but let’s look at one to illustrate my point.

Given his well-known preoccupation with the environment – to the extent his recent appointees to the Defra board of management are all non-farmers or environmental campaigners, there’s not a proper farmer among them – he was bound to come up with policies that reflected his proclivities.

Accordingly, he has homed in on the soil.

Current farming practices are damaging this, the most basic farming raw material, he believes and he promises to reward those who “improve the quality and fertility of their soil” by using no-till systems.

The implication is that no-till is all good and soil inversion is all bad. But it isn’t quite that simple and one policy does not suit all situations. Maybe he or one of his advisers will read this and learn.

It all depends on the type of soil and the crops being grown.

If the land is light and easy working, no-till helps to avoid run-off and is often the best way to establish a crop. But if the soil is heavy with high clay content, no-till is a much more difficult proposition.

Such soils are better ploughed in late autumn and exposed to winter frosts which make it much easier to create a seed-bed.

With the right equipment which, even on light soils has to be heavy and robust enough to break a strip of soil into which the seed is to be placed, it is relatively easy to plant cereal seeds.

Heavy land requires even stronger tackle – and steel is expensive – but forcing seeds into clay is seldom a profitable exercise and yields may suffer.

But mixed farms – which Mr Gove also favours – grow crops such as potatoes and sugar beet, which grow and develop beneath the surface.

Neither thrive in soil compacted through a season, so it is necessary on most land types to invert and loosen it with a plough.

This implies two sets of equipment – one for no-till and one behind the plough, with the capital costs involved.

Quite apart from these cultivation complications, it is no-till systems, by missing out ploughing, that have led to the problem of blackgrass in arable rotations.

Furthermore, the last time direct drilling, as it was called then, was fashionable, there were similar problems with sterile brome, which spread out from hedge bottoms.

Such problems have become so severe in places farmers have had to resort to costly fallowing of land for a season or two, or using glyphosate, the future of which is only guaranteed for five years.

Mr Gove says he backs its use, but his record on spray approval does not inspire confidence.

Think again Mr Gove. Be more flexible, and allow farmers to choose the right systems for their soils.