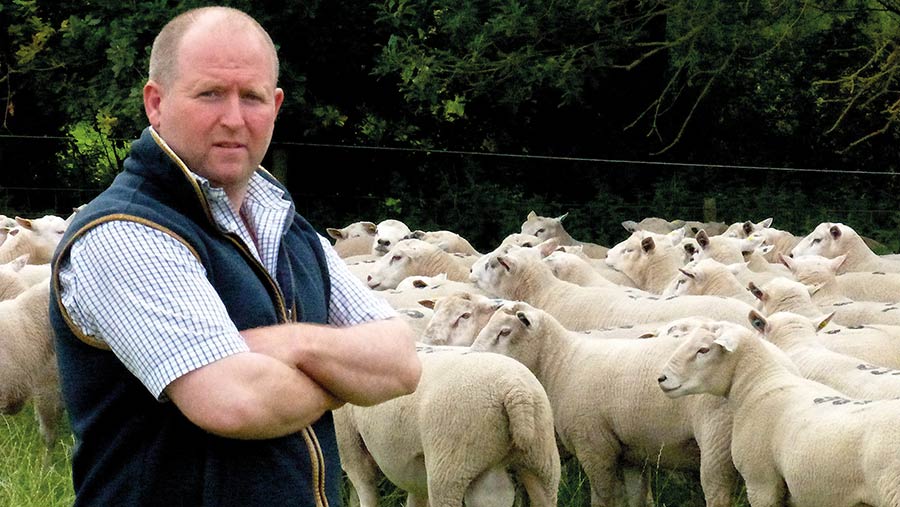 George Fell is a Yorkshire sheep farmer. Here he gives his views on prospects for British farming trading in a global marketplace.

With the Agriculture Bill set to return to the House of Commons next week, the pressure has been ramped up on those Tory MPs who went against what many in the industry thought was an important amendment from the House of Lords – to prevent food imports that do not meet UK standards.

However, I am not a fan of the amendment, which simplifies a complicated issue.

Firstly, while agriculture is part of the economy, it is not the whole economy. The general acceptance is that global trade is key to economic growth in the future. Yet the amendment gave very little room for manoeuvre in negotiations, tying the hands of the government from the start.

Deals may have fallen through that could have affected agriculture negatively, but could have had a much larger positive effect on the rest of the economy, increasing wealth and putting cash in the pockets of consumers.

The MPs have a right to represent all members of their constituencies, not just the rural ones.

As an industry, should we not be looking to be the master of our own destiny? All major supermarkets have already ruled out stocking US hormone-fed beef and chlorinated chicken.

Working across the supply chain, providing consumers with what they want to a standard they require, is all part of building the “British Food” brand.

The benefits of post-Brexit trade deals are that, as an independent nation, we can tailor them to our country’s requirements, making them bespoke rather than one that has to suit 27 other nations.

The growth from such deals should enable our consumers to invest in our brand through their food shopping.

I feel as an industry we have made great strides in working with processors and supermarkets over the past few years. The House of Lords amendment jeopardises this.

It would add more red tape and, in the short term, a logistical and sourcing nightmare, as many products currently stocked would fail to meet the new standards. Upsetting your customer is never the best move when building a relationship.

It’s important to realise that it is not substandard imported food that represents the biggest threat – it’s the imports produced to our standard, but at a lower cost.

I’m sure the US has no intention of sending their aforementioned substandard produce. They are smart enough to realise the UK standard is where they need to aim. The key is to not give them the opening.

This isn’t what everyone wants to hear. They would much rather we just ban anything that might be a threat. But the harsh reality is that farming needs to adapt and change. We must set ourselves up for a global world and figure out how best we can fit in.

One thing the debate on this amendment has shown is the desire for high-welfare, environmentally friendly, sustainable food.

There is no reason to suggest the rest of the world isn’t looking for this too, opening up possible export markets. The industry should be working on how to harness this positive energy and use it as a platform to launch an exciting new future.

Maybe the new Environmental Land Management scheme could be tailored to help demonstrate our environmental credentials to the world. Perhaps the help we should be seeking is marketing and promotion, to help drive our brand forward.

Maybe it’s not all doom and gloom – or maybe it’s just me trying to look at things from a different angle.