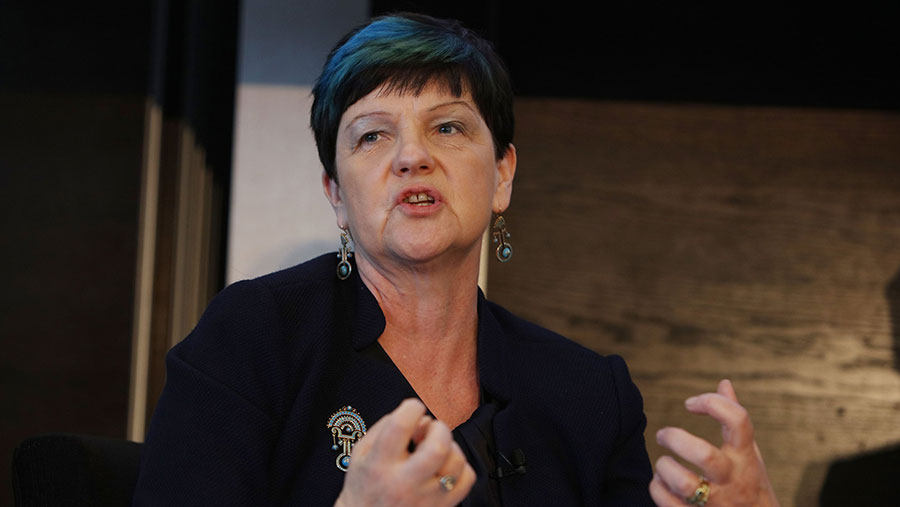 Farm leaders have expressed disbelief after the chair of the company behind the Red Tractor Assurance scheme voted against measures aimed at protecting British farmers from cheap food imports post Brexit.

She joined the House of Lords as a Conservative peer in October 2013.

In the House of Lords on Tuesday (20 October), peers voted on important amendments to insert powers in the Agriculture Bill, which aim to protect British farmers from future trade deals that risk flooding the UK market with cheap food imports.

Baroness Neville-Rolfe voted against the Lord Curry amendment 18B requiring the new Trade and Agriculture Commission to submit reports on international trade agreements and their effect on farming for parliamentary scrutiny.

She also voted against the second amendment by Labour peer Lord Grantchester, which seeks to strengthen food standards for imported food, to ensure they meet relevant UK food standards after the Brexit transition ends.

The government was defeated on both votes, with a number of Conservative peers backing the farming industry. The bill will now return to the House of Commons on 4 November when MPs will be under pressure to accept the amendments.

Commenting this week on the appointment of professor Guy Poppy, former Food Standards Agency chief scientific adviser to the AFS board, Baroness Neville-Rolfe said: “This is a critically important time for Red Tractor to demonstrate strong leadership in protecting the integrity of the food chain and British agricultural standards.

“Our standards are the bedrock of the farming industry – it is our duty to understand the implications of any changes in approach to the science of food production and farming.”

“It’s more obfuscation and more proof that farmers are being betrayed,” said Ms Webster. “It’s clear that we [farmers] are being frogmarched into retirement.

“In my view, this seriously undermines faith in the Red Tractor assurance scheme.”

She added: “The British public has been misled time and time again by this government, particularly on Brexit and food standards.

“Why did the Conservatives promise in their 2019 election manifesto to uphold farmers’ standards if they have no intention to do so?”

A farming industry leader, who did not want to be named, said: “This is quite worrying. There are quite a few farmers struggling with confidence in Red Tractor at the moment. This appears to confirm some fears.”

Before she was appointed ASF chair, Baroness Neville-Rolfe spent 15 years at Tesco where she was an executive director on the main board from 2006 to 2013.

Until 1997, she was a senior civil servant in the Cabinet Office, the prime minister’s policy unit and the Ministry of Agriculture, Fisheries and Food (MAFF).

Baroness Neville-Rolfe was brought up on a mixed farm in Wiltshire, was convent educated and studied philosophy, politics and economics at Oxford University.

Farmers Weekly contacted Baroness Lucy Neville-Rolfe to request a response. Here is what she said:

“The UK is currently negotiating trade arrangements with the EU and many other countries reflecting the end of the transitional period on the 31 December 2020. These are very difficult negotiations which are likely to have a serious effect on our prosperity for many years.

“I have experience of international negotiation – for example on the EU sheepmeat regime when I was an official in the Agriculture ministry. I know that it is highly desirable to allow UK negotiators maximum flexibility so that they can obtain the best overall deal for the country as a whole.

“In parliament there are many attempts to limit our negotiators in one way or another by trying to make this or that concept either essential or unacceptable. The risk is that if UK negotiators are limited in this way the eventual outcome will be worse, overall, for the UK than it would otherwise have been.

“In short, I am wary of all attempts to shackle our negotiators. We have to let them do their best.

“But trying to impose limitations by statute on the government is in my view not the best way to do it. Those outside the negotiations, including me, simply do not have enough knowledge of the detail to judge what will work.

“My votes in parliament were based on this appreciation of the realities.”

Tell us your views

If you feel strongly about this subject, email philip.case@markallengroup.com with your views.