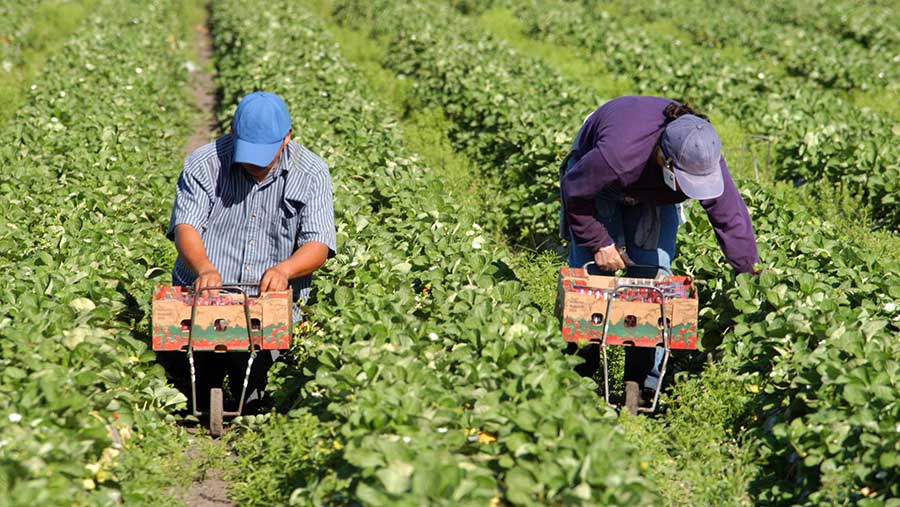 Nicola Ray is head of regulation at the Gangmasters and Labour Abuse Authority. In this week’s Talking Point, she discusses the temporary licensing scheme amid Covid-19.

I have worked at the Gangmasters and Labour Abuse Authority (GLAA) since its creation in 2005, following the tragic deaths of 23 Chinese cockle pickers in the Morecambe Bay disaster.

In that time, the authority has risen to the challenge of establishing a UK-wide licensing regime, with powers to tackle forced and compulsory labour offences across England and Wales.

But nothing in my 15 years at the forefront of the organisation’s efforts to fight labour exploitation compares to the unprecedented challenge we now face as a nation.

See also: Find all our staff management content in one place

Feeding the population in these difficult times is a key priority for government, along with looking after our sick and vulnerable and ensuring that law and order is maintained.

But this cannot come at the cost of exploiting the labour we rely on to pick our crops and process our fresh food.

Thankfully, our relationship with agriculture and food production is strong, in large part because businesses have come to understand what is expected of them.

They know they require a GLAA licence to supply workers into the fresh produce sector.

They understand that they will be inspected to check they are paying their workers correctly, giving them breaks and holidays, and following health and safety regulations.

And they know that they face penalties for non-compliance and criminal prosecution for using unlicensed labour.

Our licensing standards have been regularly updated over the past decade and a half.

However, early on in this crisis, we recognised that more fundamental changes were needed to give licence holders greater flexibility to source additional labour.

That is why we introduced our temporary licensing scheme, allowing workers in other sectors to move into food production, where there is a heightened demand because of the pandemic.

But be under no illusions, this has not come at the expense of our duty to protect vulnerable workers.

Temporary licences are only issued to businesses that wish to support existing GLAA licence holders, and only following rigorous checks.

These temporary licence holders, which are listed on our website, should not be contacting farmers directly, as the agreement is with the licensed labour provider.

The GLAA is determined to remain open for business during this crisis.

Despite the fact we are still in lockdown, investigations and inspections continue, albeit with increased safety precautions.

We understand the pressures farmers are currently facing in picking and gathering crops are unlikely to end once this crisis begins to subside.

The shortage of foreign workers because of difficulties around travel could create the conditions in which exploitation can occur.

We are alive to this possibility and ready to act to address it.

To stay on top of the emerging threats and risks, we want to hear from farmers about the challenges you face in remaining compliant and preventing labour exploitation.