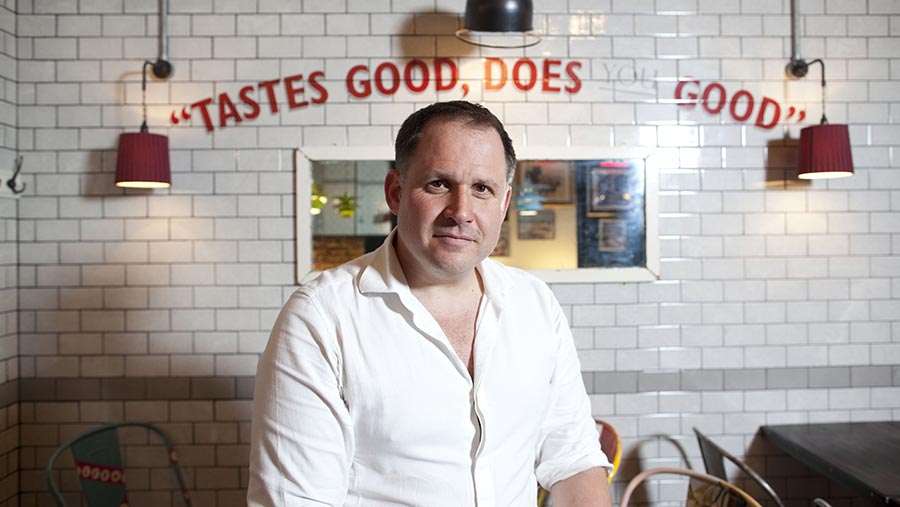 I went to the Farmers’ Club in Whitehall to listen to Henry Dimbleby, the lead non-executive director at Defra, update us on the development of his National Food Strategy – a task given to him earlier this year by Michael Gove when he was still Defra secretary.

The meeting’s chairman introduced our speaker as “a member of the famous broadcasting dynasty”, but Mr Dimbleby preferred to describe himself as a “fast-food operator from Hackney” (he is a co-founder of the Leon chain of restaurants and lives in east London).

Mr Dimbleby makes no claim to know anything about farming. To try and put that right he’s been “travelling all over the country visiting farms” (including mine) to get to grips with his brief of developing a policy “to make food safe to eat, healthy and affordable”.

During his talk, he gave us a brief modern history of British agriculture and explained how the “green revolution” has successfully fed a hugely increased human population.

But he also reminded us that farming’s “amazing productivity” has come at a terrible cost. Intensive agriculture has reduced biodiversity and continues to have a catastrophic effect on the environment, including producing very high greenhouse gas emissions.

Indeed, he suggested that so successful is the ongoing green revolution at producing food that it has created a new unforeseen crisis: a population now so overfed that “over 5% of hospital admissions are now down to obesity”.

During questions, Mr Dimbleby revealed that he had no idea what constituted an ideal level of UK food self-sufficiency. All he would say was that 99% self-sufficiency is “dangerously high”.

This was on the grounds that it made the UK too dependent on domestic production in case there was suddenly a problem like an extreme climatic event.

Conversely, 10% self-sufficiency was “dangerously low”, as it made the UK too dependent on imports.

He was clear, however, that “an area of the UK the size of East Anglia does need to be planted with trees for rewilding”, and to provide a carbon sink. (Hopefully he has learned enough about farming on his recent travels not to recommend East Anglia itself as the sacrificial victim.)

As I travelled home on the train after his talk, it occurred to me that Mr Dimbleby might have my farm in mind for part of his suggested tree-planting programme.

My father cleared much of the land that I farm today from scrub and trees in the 1950s – with the help of generous government grants, ironically enough.

The trees had become established after the land had been abandoned for farming during the 1920s, when successive governments adopted a policy of free trade in food.

The land was so poor that it could not be farmed profitably without subsidies in the face of cheap imports.

Mr Dimbleby revealed that his report will be published as a White Paper in six months’ time. Whatever government we have by then will hopefully respond to it with a legislative proposal six months after that.

Given that time frame, Mr Dimbleby must hope that his National Food Strategy, like so many other government initiatives and reports, does not end up – rather, as I suspect, my farm will soon be – parked in the long grass.