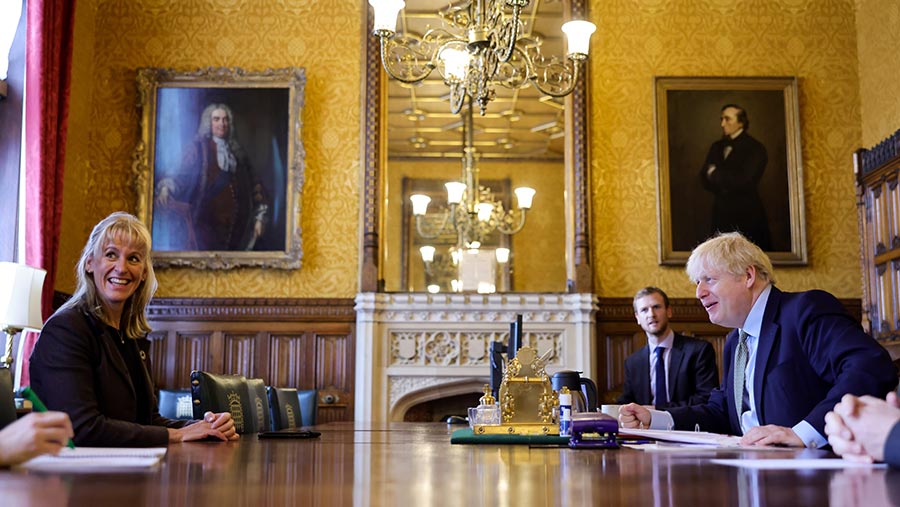 Given that presidents outrank prime ministers, we must assume that Boris Johnson was suitably humbled to finally meet the NFU’s Minette Batters at Downing Street a couple of weeks ago.

Mr Johnson reportedly declared that he “would rather die than hurt British farmers”, a characteristically superficial statement that was perhaps met with a subtly arched Wiltshire eyebrow across the Cabinet table, precipitating some nervous Johnsonian foot shuffling.

It’s certainly difficult to reconcile this – and many other such reassuring blandishments – with the reality of what has been, is being and will be done to our industry by this government.

Indeed, events of recent weeks convince me that we now endure a Kafkaesque existence worthy of Catch-22 or The Twilight Zone, the essential features of which are situations that are absurdly bureaucratic, often involving unnecessarily complex and frustratingly illogical circular reasoning, leading to experiences that become increasingly surreal and nightmarish.

And if that doesn’t describe Environmental Land Management, I don’t know what does.

The truth is, our government’s strategy (in the most generous sense of the word) for food, farming and the environment has parted ways with reality.

Take Defra secretary George Eustace’s insistence under recent questioning in an NFU webinar that the 10,000 places offered under the seasonal agricultural workers scheme is sufficient to replace the 70,000 seasonal workers required by UK growers.

And the balance? If necessary, to be recruited from the soon-to-be-burgeoning ranks of gleefully unemployed British hospitality workers.

The same unenthusiastic Britons who, only this summer, declined to form a modern Land Army after realising “Pick for Britain” was not ITV’s newest talent show.

Pressed by Anna Hill on the BBC’s Farming Today about Defra’s own modelling on the devastating effect the withdrawal of the Basic Payments Scheme will have on the average British beef, sheep or arable farm, Mr Eustice merely countered with a shrug that it wouldn’t be so bad for veg growers.

International trade secretary Liz Truss recently mixed her metaphors when warning lamb producers against “having all their eggs in one basket… in case something happens” in exporting to that 27-nation, 447-million customer European Union conveniently anchored 20 miles off the Kent coast.

She suggested instead, focusing on the US (where imports of UK lamb are currently illegal) or the mighty emirate of Kuwait (3,663 miles distant).

But anyway… one former Defra minister once solemnly informed me that driverless tractors would offset any hardship incurred by upland sheep farmers in the event of a no-deal Brexit. Another seemed put out when I didn’t welcome unrestricted imports of cane sugar.

And what of trade? I won’t rehash government’s recent betrayal of its manifesto commitment to safeguard our food standards by defeating the relevant amendments to the Agriculture Bill, but suffice it to say that the rarest vertebrates to be seen on-farm these days aren’t corncrakes or hedgehogs, but Conservative MPs with the backbone to actually back British farming; they’re currently on the Red List with a mere seven non-breeding pairs.

Episodes of The Twilight Zone invariably ended with a cautionary warning; what might ours be?

Perhaps that it’s time for government to emerge from its cocoon of childish hyperbole, fantasy fruit pickers and have-cake-eat-cake trade policies and re-engage with reality, before the hyperbole wears thin, the fruit rots unpicked and “global Britain” trade deals see our carrot cakes replaced with cream-filled, cane-sugared, Yankee-doodle donuts.