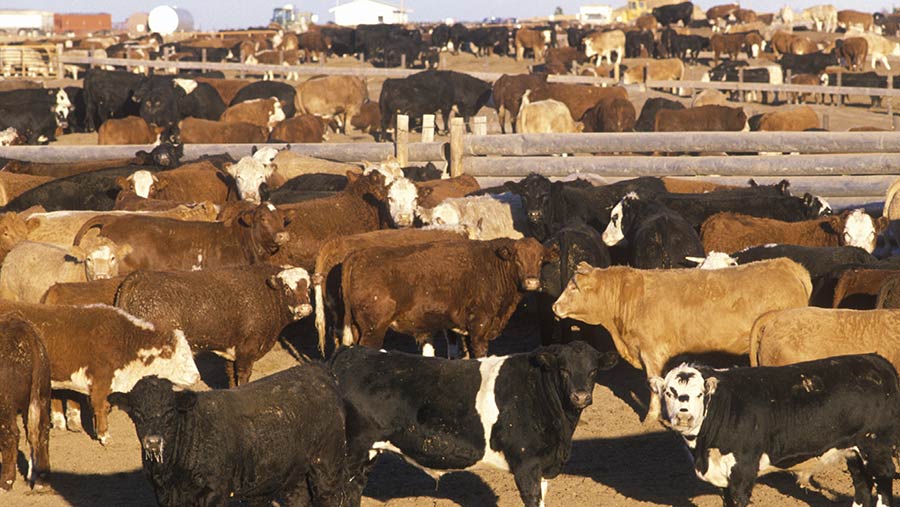 Farmers are deeply concerned about what the future holds for British agriculture amid an ongoing row over post-Brexit food standards, according to the early findings of a survey by campaign group Save British Farming (SBF).

More than one-third (36%) of farmers said they were happy with the position of the House of Lords on the Agriculture Bill, with 44% saying they were unhappy and 19% not sure.

However, 98% of the 150 respondents said they did not feel the UK government has British farmers’ best interests at heart.

The survey found huge dissatisfaction with the role of the new voluntary Trade and Agriculture Commission, which the government has set up to advise it on trade policies to adopt “to secure opportunities for farmers”.

When asked if they felt the commission has enough powers to represent the interests of farmers’ needs sufficiently, 79% said no, 3% said yes and 18% said they did not know.

And 78% said they did not think the commission would adequately represent the industry’s interests. Some 85% said they were worried about the future of British farming.

Many (81%) expressed an interest in seeing the farming community take more action, including taking part in further SBF demonstrations, writing to MPs and being interviewed by the media.

SBF is planning further demos in Shropshire, Marlborough in Wiltshire, and London in the coming weeks.

Liz Webster, SBF founder, said: “It is now abundantly clear that this government is absolutely intent on betraying farmers and consumers.

“British food will join British coal and steel as victims of Conservative ambitions which have now risen to helping developing nations’ farmers interests first and foremost.

“It is crucial farmers rise up to challenge this assault on our great nation and fight for the 94% who object to low standard food.”

The findings of the survey were revealed after the government was defeated by the House of Lords in a vote on Tuesday (20 October) on two amendments to Agriculture Bill, which will now be sent back to the House of Commons as part of a “ping pong” process when the two chambers are in disagreement.

Peers voted in favour of the Lord Grantchester amendment, by 282 votes to 244, which seeks to strengthen food standards for imported food, to ensure they at least meet UK food standards after the Brexit transition.

They also voted by 278 votes to 200 to support a Lord Curry amendment requiring the new Trade and Agriculture Commission to submit reports on international trade agreements and their effect on farming for parliamentary scrutiny.

Vicki Hird, farm campaign co-ordinator at Sustain, said: “We are in a bit of a stand-off. The Lords are very clear that they don’t trust what Liz Truss and Boris Johnson have said [on protecting British food standards] and they’re going to hold their ground. That’s good for farmers and the environment.”

Mrs Batters said: “It is incredibly important that the government’s commitment to safeguarding UK farm standards is upheld throughout trade negotiations, that the Trade and Agriculture Commission is strengthened and that parliamentary scrutiny of future trade deals is enhanced.

“There is enormous public support behind these principles and I would urge MPs to recognise this when these amendments return to the House of Commons.”

Farmers Weekly understands that MPs will vote on the latest amendments in parliament after the autumn recess, on Wednesday 4 November.

‘Government has lost trust of people living in the countryside’

Welsh hill farmer Gareth Wyn Jones believes farmers are losing trust in the government over its stance on food standards in the Agriculture Bill.

“I was very disappointed that the government voted against the amendments to the Agriculture Bill on food standards,” said Mr Jones, who farms in Llanfairfechan, north Wales.

“They have lost a lot of trust from people in the countryside – and it will take a lot of time to build back up.”

“Cheap food comes at a cost to people’s health, the environment and the land. You have to pay a reasonable price for well-produced food.”