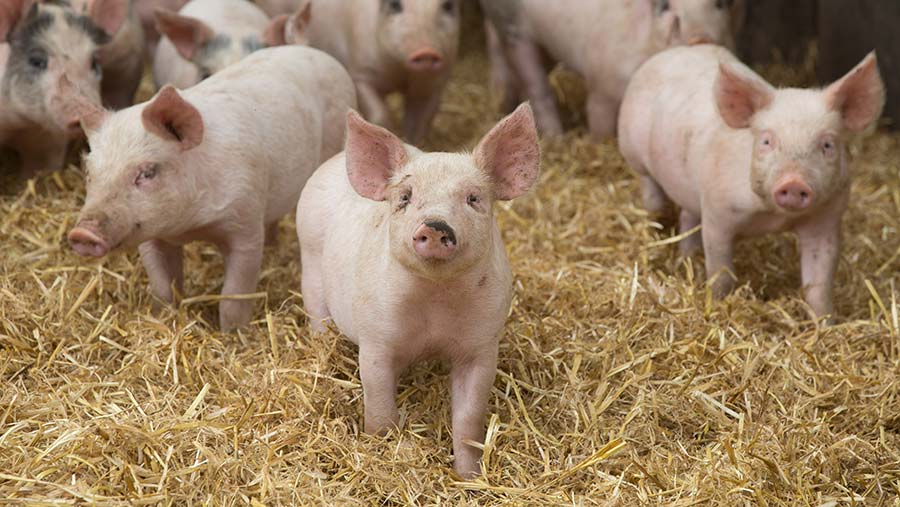 A friend of mine recently sent me some newspaper articles detailing what’s happening on Belgian farms. According to these, the production of intensive livestock is rocketing. New buildings are being erected to house pigs, poultry, veal calves and adult cattle.

Much of this is happening in the north of Belgium, close to the border with the Netherlands. And many of the producers are Dutch.

It is relatively easy, with the open borders of the EU, for Dutch entrepreneurs to extend their operations into Belgium. Dutch and Flemish (the language spoken in northern Belgium) are virtually indistinguishable. And regulations restricting emissions of ammonia and phosphates that are strictly observed in the Netherlands are more relaxed in their southern neighbour.

See also: Deep BPS cuts will be hard to recover in full

The Dutch are born traders, as illustrated by the fact they export more food products from their tiny country than almost any other nation. And they have been quick to recognise and exploit this cross-border opportunity.

They produce the whole range of livestock products in Belgian farm buildings, take them back to the Netherlands for processing and sale and, according to the Belgian journalist, leave their smells behind.

It’s clearly not going down well with some Belgians. But the Dutch are laughing all the way to the bank. And more to the point, Dutch entrepreneurs are adding still more to their exportable surplus, some of which seems destined to end up in the UK.

Meanwhile, in complete contrast, the British government has introduced an Agriculture Act and an Agricultural Transitional Plan for our farmers as we exit the EU.

Their main provisions have already been well reported in Farmers Weekly and I will not list them here. But, if they have studied them, few farmers would disagree that they amount to a disincentive to produce.

Yes, there is brief mention of productivity and resilience, and vague promises of grants for innovation. But the main emphasis is on environmental objectives. Food is hardly mentioned.

So, we’ve left the group of countries with which we have been trading freely for nearly 50 years, abandoning that relationship and heading for trade friction and increases in food prices.

You would imagine, notwithstanding the trade deal with the EU, that a rational government would be seeking ways to increase domestic production, to reduce reliance on imports and avoid shortages.

You might think by what I have said that I am against policies that enhance the environment. I am not.

I am proud to have been one of those who founded Leaf (Linking Environment and Farming) and remain an enthusiastic supporter of its objectives. Indeed, I am pleased to see many of the measures that have been proposed by Defra.

What I am against is a policy that sidelines the productive aspect of UK agriculture and the urgent necessity to reverse the decline in our self-sufficiency – now sitting at not much more than half of what our population needs.

Without a doubt we could produce more. And we could do it while enhancing the environment, given the right incentives and the ability to make decent profits. What is missing from government policy is balance between food production and the environment.

Without that balance we will almost certainly be heading towards unintended consequences. So, I say to Defra secretary George Eustice, for food producers and consumers, you are wrong, wrong, wrong.