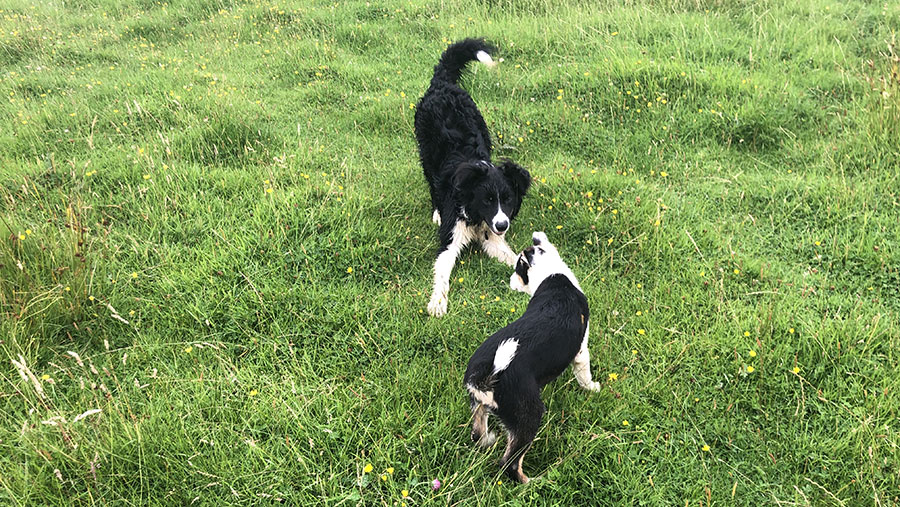 At least one aspect of farming is booming at present – sheepdog production.

This is some way short of the current world record – a mighty £27,100 achieved in February this year.

However, it seems that in recent years the going rate for an average, semi-trained sheepdog has been several thousands of pounds, and there has been a shortage of dogs for sale. 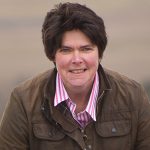 See also: How to train a sheepdog and pick the best breed

We have been operating our hill farm on a “one man and his one dog” basis for the past two-and-a-half years.

Perhaps due to a mix of the pandemic, the retirement of some of our previous suppliers and a reluctance to spend multiple thousands on a dog, our usual supply channels have completely dried up.

Even untrained collie pups have been unavailable.

I had thought that our current dog must be coping reasonably well, only to be told:

“Mum, I’m doing most of the running” by an offspring. Relying on the family is not sustainable over a prolonged period – we’re all getting older and nobody enjoys being shouted at.

Happily, we have just had the chance to acquire not one, but two puppies and, in the spirit of the age, panic-bought them both.

It seemed like a good idea at the time. But I did start to have my doubts when the new pup was sick over both offspring on the way home.

My husband said it was a lucky sign, as the same thing had happened with several of our other dogs that had turned out to be really good ones.

The family, wiping down their clothes, weren’t entirely convinced.

Jake has had some excellent collies but, to the uninformed observer (me), the training method seems to rely on the dog being quite good at working out what to do.

Some of them have the instinct; others do not.

The point about buying a £4,000 adult dog is they should already have demonstrated that they are all set and ready to go.

Of course, sometimes a dog will not run for a new owner and news of an overpriced dud does seem to spread rather quickly.

Puppies take up a lot of time and may never actually take to the job. So that’s the risk.

One of our new team is slightly older and already had a name. I was delighted to hear we were getting a Merc, but it proved to be not a Merc, but a Mirk.

This name (new to me) turns out to rank 22nd in the top 100 sheepdog names, according to the International Sheepdog Society, as reported in Farmers Weekly in 2018.

I’ll admit, I was scanning that list for inspiration for what to call our other (unnamed) puppy.

Sheepdog names are usually one syllable long – easy for the dog to recognise and for the owner to yell. Ultimately, we decided on Kim, named after one of Jake’s first and best dogs.

The task of training two pups at the same time seems rather daunting, especially as Mirk has been described as “strong”.  But summer’s here and it’s not like we’ve got anywhere else to go this year.