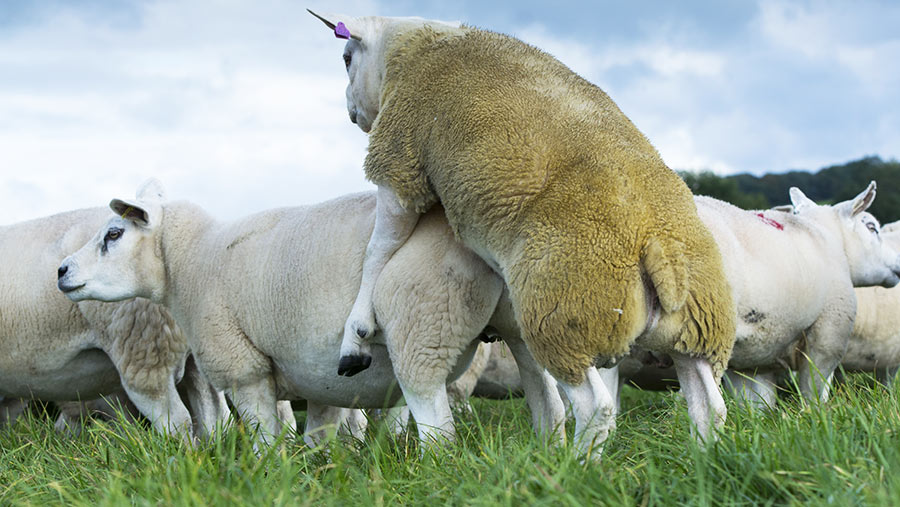 The final nail has been driven into the coffin of our sheep-recording dream. Our estimated breeding values (EBVs) have now been filed in the bin.

I just hate to abandon something after investing hundreds of hours of my time and thousands of pounds of my money, but enough is enough.

Strangely, it was our only enquiry this year from a potential customer that finally tipped us over the edge. Enquiries from customers who want to buy recorded rams have been few and far between over the years, so when a WhatsApp message pinged on to my phone recently, it was met with great excitement.

Mrs McQ knew that something big was happening, because she said I was ogling my phone the same way I look at a fish supper when I’ve had too much to drink.

A sheep farmer had gone through the online records of our shearling rams that are for sale and picked out a shortlist of the ones with the EBVs he wanted. However, he also informed us that he wanted a ram with specific physical characteristics.

The excitement began to build as I realised right away that one of our rams on his shortlist possessed the physical characteristics our customer desired.

Just to be sure, before I replied to the message, we brought our mob of 40 shearling rams in to have a closer look at the one that ticked all the boxes. That’s when we got the sucker punch we never quite recovered from.

When we examined him, we discovered the ram’s testicles were smaller than we consider acceptable. There was no way we were going to sell that ram if there was any doubt in our minds about its fertility.

Not to be beaten, we looked carefully through the remaining 39 rams and tried to match one of them with the shortlist of requirements provided by the customer. Would you believe it?  Not one of them matched.

Like a second-hand car salesman, I would now have to try to sell the man something that he clearly didn’t set out to buy.

Past experience has taught me that if that farmer came to our farm, I would more than likely manage to sell him one of those 39 rams that possessed the physical characteristics he was looking for, irrespective of its EBVs.

That’s human nature for you. A farmer will always trust his or her own eyes. They might trust another farmer, but the last thing they will trust is something that a number-crunching machine has printed on a piece of paper.

In reality, recording sheep only gives the appearance of being progressive, it is slow to deliver flock improvement and it only helps to make the businesses that feed off it more profitable. RIP, EBVs.