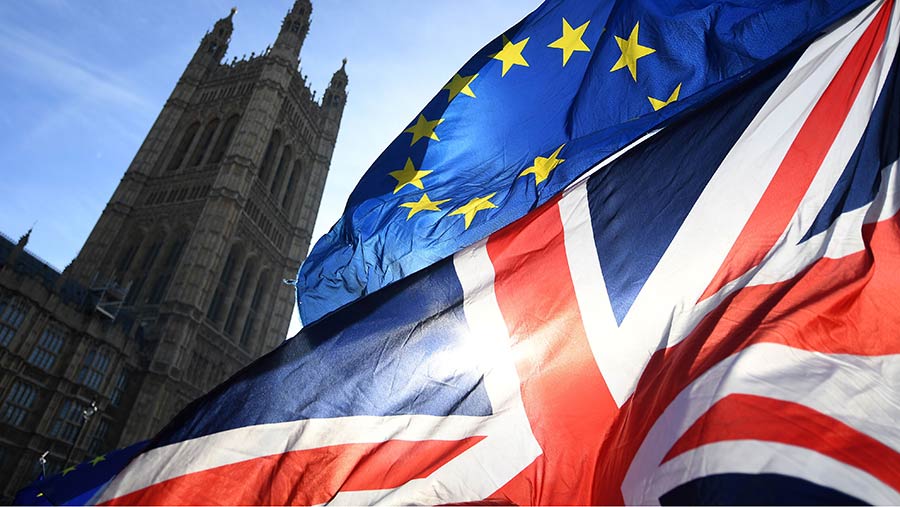 So we didn’t leave the European Union yesterday (31 October). But writing this a few days ahead of publication, it is impossible to know what comes next – a further extension, a rejection, a referendum or, quite probably, a general election.

But, if the prime minister’s agreement with the EU holds and any parliamentary amendments don’t scupper it, I am assuming we will leave sometime soon with, in line with parliament’s agreement, a deal. And a period of transition will begin.

See also: Find all our Brexit coverage in one place

In other words, the detailed negotiations will start. More particularly, interim arrangements for EU/UK joint farm support, together with import and export tariffs, will be decided prior to our withdrawal. And then whatever terms of trade can be negotiated with the EU for the longer term will follow.

We’ve seen in past issues of Farmers Weekly what punitive export tariffs there might be without a deal, and ex-Defra secretary Liz Truss has shown her priorities by negotiating tariff-free entry for a range of food and other goods from around the world. So much for her past promises of support.

It’s all concerning and unlikely to make farming any easier over the coming months and years. But of even greater concern is “society’s” growing obsession with the environment.

As the founder chairman of Leaf (Linking Environment and Farming), and one who enthusiastically continues to support what it does, that might sound inconsistent. Let me explain.

I do, of course, continue to believe in the integration of care for the environment with the production of safe, wholesome food, and we try to farm that way here at home.

I also share the abhorrence of all right thinkers to the plastic pollution of our oceans, the disgusting fly-tipping on our land and concern for climate change.

However, there is a growing minority of otherwise intelligent people who, often hypocritically, are taking such concerns to extremes.

In London a few days ago I encountered the Extinction Rebellion (who were catering for supporters in Trafalgar Square using a big diesel generator for electric power).

Their mantra is veganism and Formula 1 racing driver Lewis Hamiliton, who guides racing cars that do five miles to the gallon around circuits, has joined them.

And the latest craze is re-wilding, allowing weeds and scrub free rein, and cattle and sheep to roam until they die. Clearly you need a big bank balance to fund such madness, but grants are available, apparently. Growing numbers think it is the way forward.

Somehow, we need to persuade these gullible folk that we are not living in the stone age, that land needs to be managed to produce food for a growing population, and that humans have evolved as omnivores who thrive on balanced diets composed of both vegetables and meat.

Those basic messages need to be accepted by consumers and government. For our political leaders don’t seem to have appreciated it yet.

The recent Queen’s speech to parliament, which may or may not mean much, given the political situation, said a forthcoming bill would “replace the CAP with a system of subsidies to reward farmers for promoting biodiversity and access to the countryside, rather than yield”.

These are clearly words of an administration that fails to understand the problem.