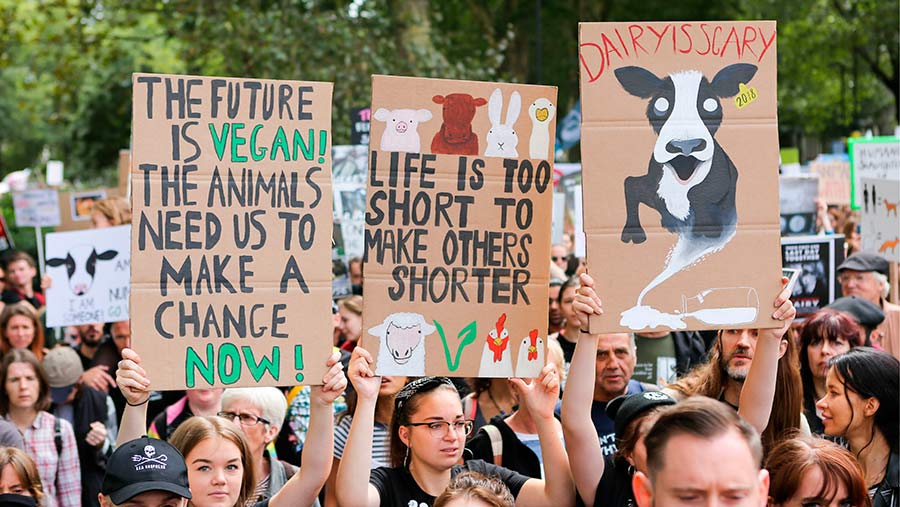 A new year, and Brexit continues to consume the nation’s collective headspace.

And why wouldn’t it? It is a seismic political change that will take a decade or more to run its course through our economy.

But with hindsight, it is a blip, dwarfed by the giant forces of societal and climate change that will have far more lasting consequences than any challenge arising from Brexit.

Farming is already feeling the heat – literally – with regards to climate and metaphorically in terms of society’s changing attitude to diet.

Across all developed economies, people are redefining what is acceptable in terms of what food we eat and how it is produced.

‘UK farming has to engage’

While there is an unreachable cabal of the ill-informed and closed-minded, there also exists a thoughtful, less-vociferous majority who feel genuine unease about aspects of how land and livestock are farmed for food.

UK farming has to engage with this moderate majority. Not to doggedly defend the status quo, nor to relentlessly spin a positive message, but to engage honestly and seriously in order to build trust and understanding.

Some of what we do could be better, some things need to stop, and the mix of what we grow and rear will need to change simply because, like it or not, the market – or the planet – will dictate it.

Reflecting on the 2008 financial crash, former Labour chancellor Alistair Darling said of the bankers: “They had to be made to realise that when in a crisis… one has to go further and faster than markets or people are expecting”.

UK farming must heed the lessons, in order to avoid a crisis of its own. Now is UK farming’s “further and faster” moment.

The grassroots of our industry should not depend on its conservative leaders to lead the transformation.

Farming needs some serious PR. Not the overpriced flim-flam with which PR has become synonymous, but public relations as the serious strategic business discipline responsible for earning trust and understanding in order to influence public opinion.

To quote the Chartered Institute of Public Relations: “It is the planned and sustained effort to establish and maintain goodwill and mutual understanding between an organisation and its public.”

Far from superficial, it requires the most profound exercise of self-reflection about where your business is at and what needs to change in order to exceed the expectations of the society it exists to serve.

It is undeniable, for example, that people and planet would be healthier if less meat was produced and consumed.

Yet, while farming risks getting bogged down in its battle with the vegans, the potential to engage meaningfully with the moderate majority, to deliver transformation on mutually agreed terms, goes largely untapped.

As Professor Michael Winter said in his 2018 Nuffield lecture, there is an urgent need, and therefore opportunity, for UK agriculture to radically diversify its output towards human health and nutrition.

The Royal Bank of Scotland was spectacularly brought to its knees by the financial crash.

As Ross McEwan, its post-apocalypse CEO put it: it will take many years before the business is back on its financial feet… but at least a decade longer for RBS to recover the two things every business must have; trust and reputation.