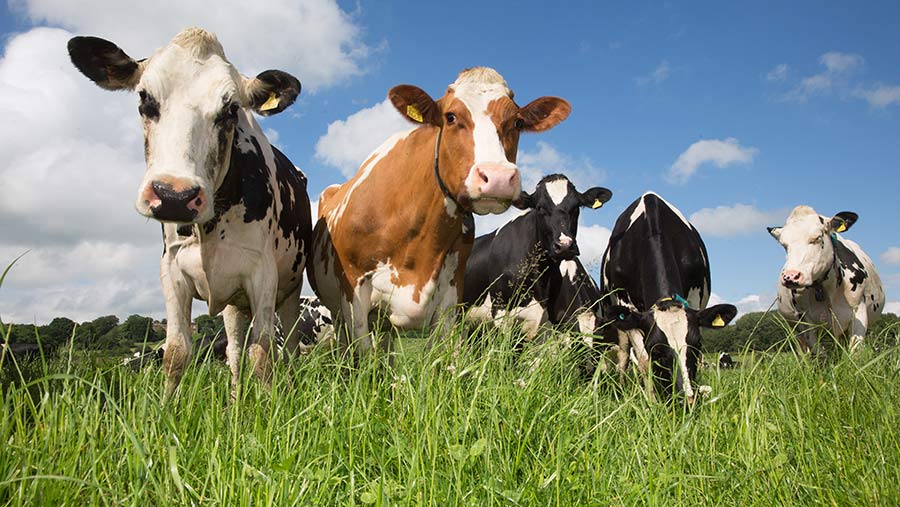 Fertiliser is not my area of specialism on the farm – which is a polite way of saying it doesn’t really interest me. But I am responsible for the tedious job of maintaining the fertiliser records for Nitrate Vulnerable Zone (NVZ) regulations.

Fertiliser is an essential component of our grazing system and our second-biggest annual expense after feed, so I decided the meeting was worth my attention.

I’m glad I did, as it was fascinating and I came away with a new-found awareness of the impact of fertiliser on our business and the environment.

My earlier comment about NVZs probably resonates with most farmers who are in one – a groan of frustration at what seems like more red tape.

In general, farmers tend not to trust regulation, assuming it means more hard work and little or no reward.

The Clean Air Strategy published in January 2019 (conveniently the day before a crucial Brexit vote that dominated headlines for the rest of the week), makes it clear that government is keen to crack down on ammonia emissions from farms, forcing us to reduce levels by 16% by 2030.

There is already much to be positive about. Contrary to popular perception, UK fertiliser consumption has fallen by half since 1990, from about 200m tonnes of bagged fertiliser to 100m tonnes, but we have maintained levels of milk and meat production.

This is a massive financial and environmental benefit and shows what we are already capable of doing, but there is potential to go even further.

There is so much more to growing grass than applying fertiliser, and we underestimate the effect of soil structure, pH and organic matter.

During the meeting, we walked into a reseed field that had been half fodder beet, half permanent pasture. Walking from one side to the other, you could literally feel the soil harden under your feet.

When we dug holes, it was no surprise that the fodder beet section was more compacted and had less worm activity and root depth. No amount of fertiliser would correct this.

Although we soil sample a quarter of our farm annually, we rarely get into the fields and dig holes like this.

All kinds of precision technology exists to scan fields for compaction and conduct soil samples in minute detail, but the average grassland farmer could make huge gains just by getting out there with a spade.

Nitrogen is often a mask for other problems and if we corrected them, we could save money and reduce the environmental impact.

Largely, it comes down to risk management. If we don’t manage the risk in our own businesses, government legislation will force us to, so it is better to be ahead of the curve.

Applying fertiliser in the right conditions is a no-brainer. Injection slurry spreading, concreting yards and covering slurry storage all come at a price, but will ultimately benefit us.

Hopefully when the legislation becomes mandatory there will be grants available to assist with capital costs.

The key message I took from the meeting is that what is efficient for your farming system will generally be good for the environment.