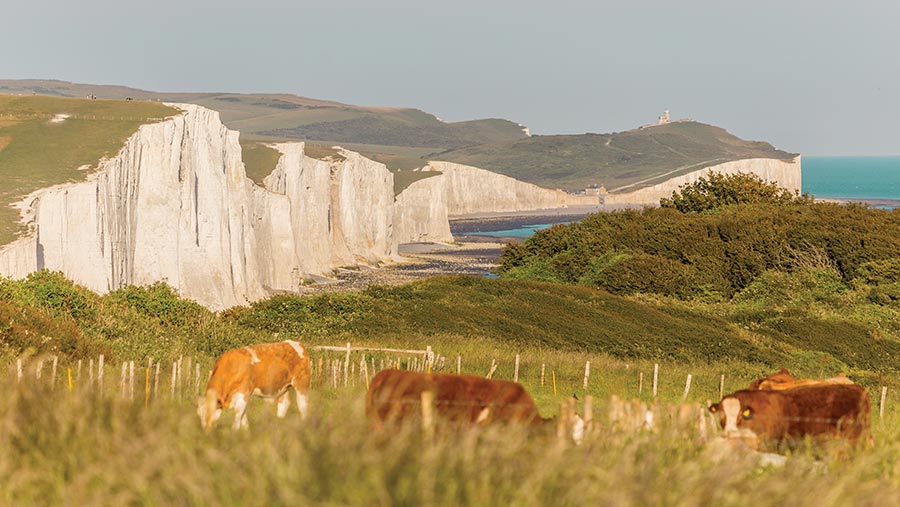 My last year of farming under the benign protection of EU subsidies and import tariffs is proving tough.

My crops are wilting, sheep and beef prices are weak, and I face an eight-month break in Countryside Stewardship funding (due to Natural England wanting all expiring agreements to be renewed at the beginning of a calendar year).

Even my main attempt at “diversification” – a pub – has been forced to close due to the coronavirus lockdown.

Thank goodness, then, that come December these financial cracks will be plastered over by the Basic Payments Scheme (BPS). Never will I have been more grateful to receive this payment, or my bank manager more relieved to see it hit my account.

My current perfect storm of farming difficulties has brought home just how uncertain my future has become as Brexit looms and the BPS starts to be withdrawn.

The one bright spot is that the government has announced a series of food import tariffs that will be introduced should there be no trade deal with the EU, including duties on cereals, beef, lamb and butter. But tariffs alone do not provide farms like mine with a viable future.

I farm in East Sussex, a county with the lowest average land quality of any in England. Historically, great swathes of poorer chalkland on the South Downs and heavy clays on the Sussex Weald are abandoned for farming if profits get tight. The challenge of producing crops, livestock or dairy on the most difficult soils makes food production uneconomic during a cost/price squeeze.

Business consultant Andersons predicts that its virtual 600ha part-owned, part-rented arable Loam Farm will make a modest £94/ha in 2021 with the BPS removed. But this figure assumes an average output from all crop sales of £1,244/ha – which implies yields far higher than on my farm.

Andersons needs to create a virtual “Downland Flint” or “Wealden Bog” farm to give a more realistic picture of how arable farms like mine will fare post-Brexit and post-BPS.

Nor will my sheep and beef enterprises fare much better. Indeed, according to the AHDB, if beef or lamb prices don’t improve significantly, there will hardly be a red meat producer in the UK who will trade at a profit once the BPS is removed.

Like all beef and lamb producers, I try to keep costs down and output up, but I don’t have a magic formula that is likely to prove the AHDB’s figures wrong.

We have always known that the BPS, with its idiotic principle of paying farmers to occupy land whether they produce any food or not, would not last. But this government’s chaotic approach to developing a coherent UK farm policy to replace it is unnerving.

With only six months to go to Brexit, there is still no clarification about likely variations in policy between England, Scotland, Wales and Northern Ireland. Nor do we have any idea about what form the Environmental Land Management scheme will take in England, or the levels of funding it will receive.

On top of that, the UK has barely any trade deals in place, and the government’s much vaunted “food strategy” will not be published until Christmas at the earliest.

No surprise, then, that on marginal land like mine, I’m wondering whether my farm has a viable future once the BPS has gone.