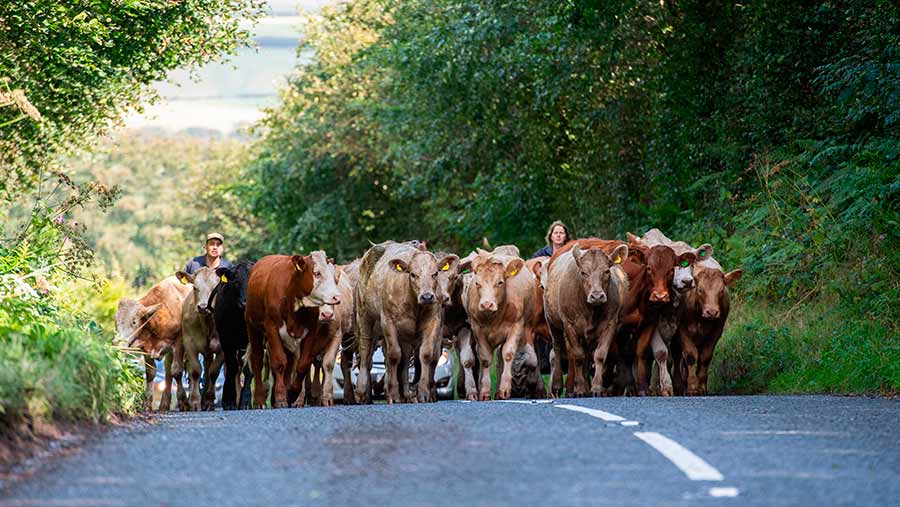 The proposed Environmental Land Management scheme (ELM) will not bridge the gap left by the withdrawal of the Basic Payment Scheme (BPS) and farmers are sleepwalking into disaster, advisers have warned.

However, even the higher echelons of ELM will not be a substitute for the direct payment, he said.

Based on these figures, the bottom tier of ELM could be about £12-£49/ha, Mr Britton said, which would not be a replacement for the £222/ha that lowland farms were broadly getting for BPS.

“ELM is not going to be a magic silver bullet,” he said. “Time, money and effort will need to be spent on works in order to get this money. You’ve got to be eligible for it and want to go into it and it doesn’t even start until 2025, so we’ll already be well through the transition period.”

See the tables below showing Defra’s proposed percentage reductions for BPS during the transition period and George F White’s analysis of what the accumulative effect will be on farm businesses.

The agricultural subsidy transition period is due to end in 2028, with BPS being phased out from 2021.

Mr Britton’s table predicts how much farmers could expect to receive if the payments declined gradually for the following seven years, and the overall loss compared with receiving the full payment.

This does not take into account any additional payments through the phasing in of ELM income.

Many agricultural businesses are heavily reliant on BPS support, says Mr Britton, and the latest Defra farm business survey shows that even with a five-figure annual subsidy payment an overall loss was recorded.

“It doesn’t matter how you skin the cat on the way down, the accumulation is significant,” he said. “All farmers are going to need to be businessmen to get through the next 10 years.

“The average age of farmers means they have spent the majority of their working life building a business based on subsidy support.

“There is a massive amount of business planning work to come, which will include restructuring and succession. Farmers are sleepwalking into this and if we don’t manage this, this is going to be a big problem.”

About 25 farmers and foresters in Exmoor National Park have this month started trials as part of Defra’s preparation for implementing the Environmental Land Management scheme (ELM).

The government is running about 50 such trials across the country. Defra is funding work on Exmoor to catalogue the range of public goods each farm could potentially deliver.

Mapping the value of natural capital across the National Park to work towards a system of awarding payment for different environmental outcomes will also take place.

The trial is expected to run until early 2021.

Dave Knight, Exmoor Hill Farming Network chair of directors, said: “We believe the kind of grassroots approach Defra is trying to create will really benefit Exmoor’s farmed landscape. It will better support farmers to deliver environmental benefit alongside traditional farming practices, allowing them to play an even greater part in the delivery of public goods in the National Park.”

A public consultation on the draft scheme is open until 5 May. Have your say on the Defra website.