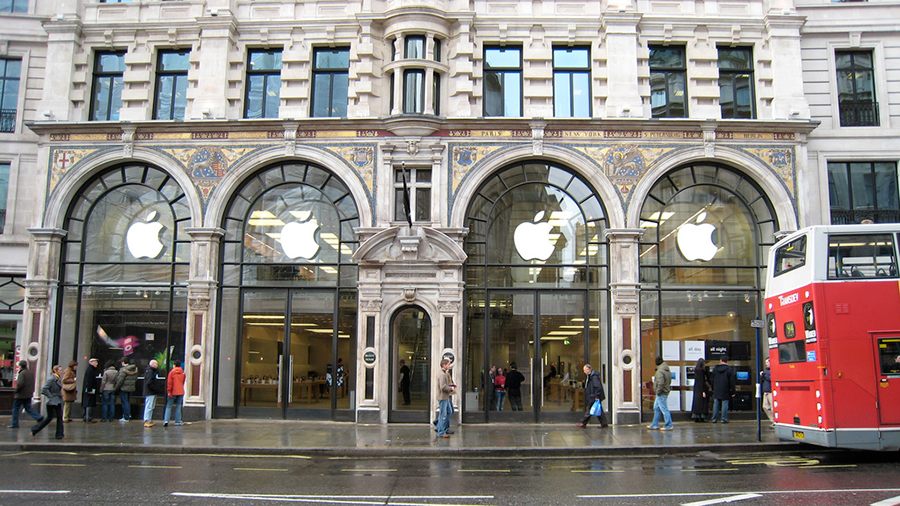 I’ve cleared out my office drawers ready to move house. Among several kilos of strangely-shaped chargers and adapters, I stumbled upon a Nokia 6310 that I hadn’t seen since 2004.

It was still on two bars of battery life. It made me wistful about simpler times.

I also found a shameful quantity of deceased iPhones. Most of these met an ignominious end; in puddles, washing machines or subject to impact as a result of clumsiness or rage.

See also: How to manage your rent review with your landlord

No wonder Apple is one of the most valuable companies in the world. To create something as useful, expensive and desirable as an iPhone is an act of brilliance.

To then make it so fragile that a farmer needs at least three of them a year is the genius upon which the wealth of the company is founded. I mention this because my favourite statistic of the last month also concerns Apple.

In addition to the hundreds of thousands of acres of farmland that it owns, the Crown Estate owns Regent Street in London. This is where Apple opened its first store in Europe.

At a recent gathering of local tenants, Ken Jones, the Crown Estate’s director of rural and coastal, revealed that the rent paid to the Crown Estate for the Apple store on Regent Street is greater than the net combined income from all of the Crown’s farmland.

I’ll repeat that while you let it sink in. The Crown Estate earns less money from 100,000ha of the best arable land in the country than it does from what is essentially a posh, inner city “Phones R Us” shop.

Something is wrong here. Either Apple has got more money than sense (news just in – it has mountains of both), or maybe farmland is actually cheap.

When you consider that you can rent an acre of land anywhere in the UK for less money than it costs to employ a person for a week on the minimum wage, the latter could be true.

A few years ago I wrote here that land rents are good value. This remark proved especially popular with my landlords. So popular, in fact, that two of them cut out the article and had it laminated. They bring it to every rent review meeting and poke me in the kidneys with it.

Obviously I don’t believe that farming should be unprofitable. In an ideal world, food prices would be a bit higher. Public subsidy has forced agriculture into an economic sub-class which we can’t seem to elevate ourselves from.

There is little hope on the horizon either. Many farmers are hoping that, when we exit the EU, the UK government will impose tariffs or restrictions on imported goods which will allow the UK’s farmers to compete against foreign producers. Since we have higher costs, standards and working conditions, this is not an unreasonable policy.

But I’m not hopeful this will happen. I heard Defra secretary Michael Gove speak recently at the Country Land & Business Association business conference. He spent most of the time waffling about opportunities for whisky producers and environmental goods.

My prediction is that he is going to turn most of us into park keepers, and those of us who farm Grade 1 land will take rough justice from the market. The Crown Estate will continue to make more income from Apple than it does from apples.

The evidence suggests that it is a lofty hope, but I wish you all a very happy, not to mention prosperous, new year.