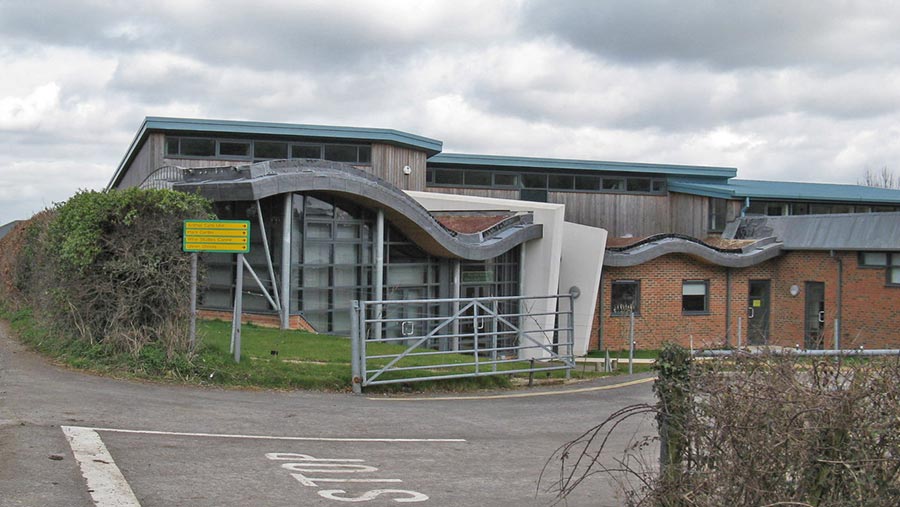 On a recent visit to Plumpton College in East Sussex (previously known as Plumpton Agricultural College, which tells its own story) for a farm walk, I learned “why there has never been a more exciting time to work and train in the land-based sector”.

Yes, the message that evening from the animated college principal, Jeremy Kerswell, was all about “positivity”.

After a brief outline of the big changes that the college was proposing in terms of upgraded facilities, we were whisked around the 800ha farm – or rather we would have been, had it not been dark. So the “farm walk” consisted of a circular stroll around a large dairy building containing 300 cows and their calves.

Mr Kerswell told us about how keen the college was to provide an experience of “best practice” in the industry for its students. This included the proposed installation of two milking robots which he acknowledged was “over the top” in terms of investment in a herd of Plumpton’s size, but was necessary as the college had to be “cutting” or “top edge”.

It occurred to me that educational establishments are faced with a very difficult task, namely efficiency versus ethics. They are expected to provide the very latest technical training, and so the college’s cows are housed all-year-round (except when they are dry) and will soon be milked by robots.

But, while this might be highly efficient, is Plumpton sure how many retailers will actually want to stock milk produced in this way, given rising consumer concerns about dairy cow welfare?

The dairy building also contains an industry standard cheesemaking facility, which now acts as a cheese manufacturing plant operated by a commercial third party. The college’s own attempt to manufacture and sell its own cheese resulted in a wonderful product, but lost too much money.

That struck me as a great shame but, as Mr Kerswell kept reminding us, the college has to strike a balance between education and a hard-headed commercial outlook across its widespread farming activities.

Back to the presentation room where a few more slides on the projector outlined a proposed £7m redesign of the college campus, including a planned upgrade of farm buildings and further parking facilities (the college enrolment now extends to 3,500 students, barely 100 of whom are studying agricultural courses), as well as a state-of-the-art conferencing facility.

Half of this money will be paid for by various grants, with the college borrowing the other half.

I have no idea about the advisability of taking on such a large loan in such uncertain times, and I wish Plumpton College every success with its multimillion-pound investment in the future land-based sector. But I would suggest that its new buildings should be as flexible as possible in terms of their future use.

Our industry has not faced such uncertainty for nearly 100 years. Scientific evidence continues to show that meat eating will need to be reduced or even banned as part of a range of measures to arrest global warming and improve human health.

Combine that with the likely negative impact of Brexit on UK agriculture, and who knows what Plumpton’s new livestock buildings will be used for and what land use topics will be discussed in its conference hall in 20 years’ time?