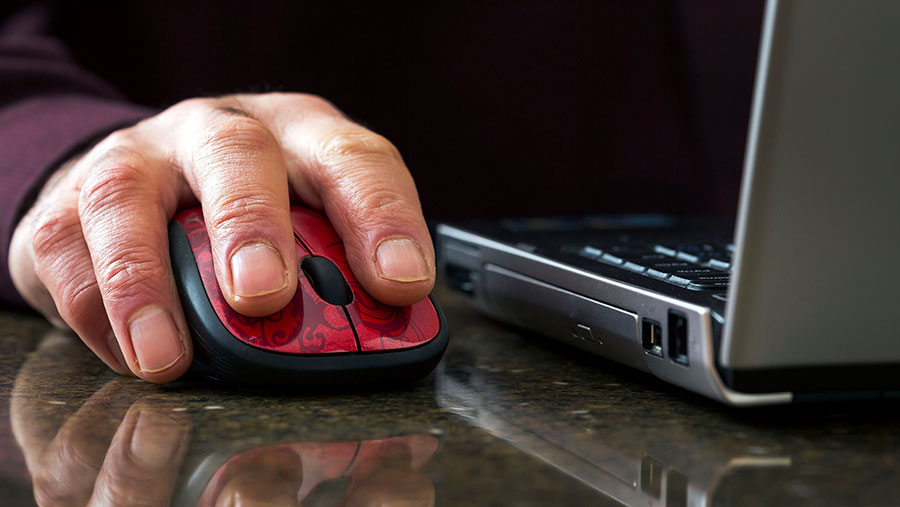 Apparently, the world is increasingly run by millennials – and one of the fundamental characteristics of a millennial is that they can barely remember a world without the internet or a mobile phone.

For fear of sounding like a dinosaur, I can remember when you used to go to a place called “a library” if you wanted to find something out.

I can also remember the telephone was the thing stationed, unmovable, in the hallway and, if you wanted to phone a girl up to arrange a date, you lived in morbid fear that her dad might answer.

But when it comes to farming, I can’t remember a time without computers.

Admittedly, the 1980s days of the old green-screen Apple with its floppy disks and 10kg monitor do seem antiquated now. But nonetheless, I seem to have been staring at screens and tapping on keyboards for rather a long time.

I’m afraid to say, I have also been swearing at computer terminals for rather a long time. Frozen screens, corrupted data, crashed programmes and lost signals have wasted too many hours of the precious time I’ve been given on this Earth.

And that brings me to the Rural Payments Agency (RPA). The first thing to say about the RPA is that those staff members who find themselves in the firing line of frustrated farmers are usually trying to clear up a mess not of their making.

In 2004, when the new single farm payment system atomised, the captains of the grounded ship had jumped long before anyone could ask “who’s in charge around here?”

Ten years later, in 2014, the RPA picked up the flak for the IT meltdown that accompanied the introduction of the Basic Payments Scheme, while the real villains of the piece, who had decided to go for the high-risk strategy of digital by default, were nowhere to be seen.

Meanwhile, amid the carnage, the politicians who ultimately should take responsibility for the car crash prefer to blame anyone but themselves.

There seems a particular appetite at the moment for Defra politicians to blame EU rules for delivery issues.

While it’s true that the EU disallowance rules do add complexity to schemes such as the BPS and HLS, it is nothing short of ridiculous to suggest someone in Brussels is responsible for a Whitehall decision to purchase IT that was unfit for purpose and was recklessly launched on farmer victims without proper testing.

And this leads me to the National Audit Office report that came out last week. Quite rightly, this body warns government that, when it comes to the design and delivery of new schemes, things should not be rushed and they should not bite off more than they can chew.

In the past two decades, Defra has been well and truly bitten by poor decisions when it comes to delivering new schemes for agriculture. The worry now is that they might be twice bitten, but they are still in no way shy.

The question is, have the hard lessons of the past now been forgotten in a bout of departmental amnesia? As a philosopher once wrote: “Those who forget their history are doomed to repeat the mistakes of the past.”