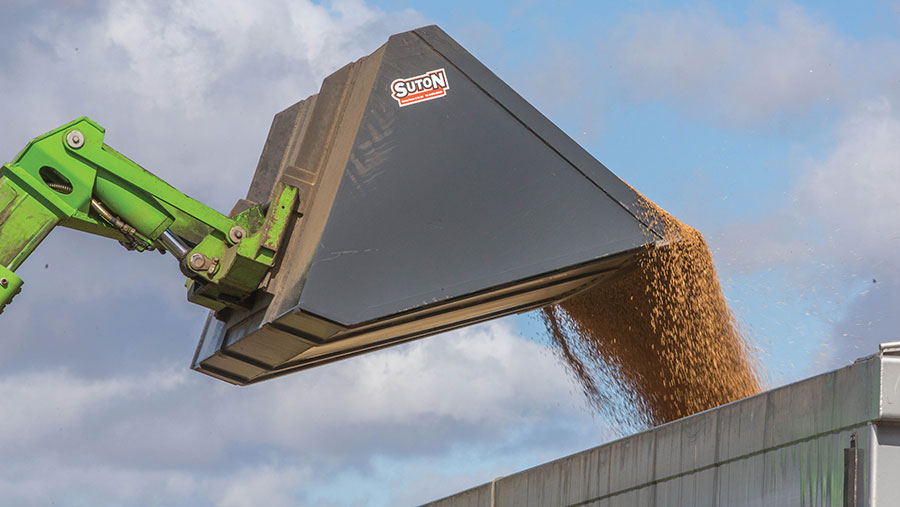 UK farmers must seize the opportunity of Brexit to ramp up productivity and become more competitive, industry leaders have been told.

Former New Zealand agriculture minister Sir Lockwood Smith suggested his country had wasted more than a decade failing to adjust to the loss of its key export market when the UK joined the European Economic Community in 1973.

It wasn’t until the New Zealand government abolished farm subsidies in 1985 that farmers finally upped their game and embraced the technology needed to become more efficient and productive, he told a Westminster Forum meeting in London.

Held on Thursday 21 September, the forum brought together policymakers, politicians and industry leaders to discuss ways of supporting UK agriculture and driving innovation in the food sector.

Sir Lockwood said he wasn’t recommending “for one moment” that the UK should abolish subsidies overnight. But he said that the UK could learn from New Zealand’s experience. Subsidies distorted market signals and stifled innovation, he added.

“I am not going to tell you what to do because there is no way I should – but I want to share with you a couple of my experiences,” said Sir Lockwood, who also served for four years as New Zealand’s High Commissioner to the UK until retiring earlier this year.

No incentive to innovate

Acknowledging that many British farmers fear tariffs as high as 30-40% on exports of livestock products if the UK leaves the EU customs union, Sir Lockwood said Kiwi farmers had faced a similar situation – but with much higher tariffs.

“We thought we had to subsidise our farmers because we couldn’t expand our business to the UK or Europe once you joined the EEC because of tariffs up to 300%,” he said. But those subsidies protected farmers from the market with the result that there was little incentive to innovate.

From the years between 1973 and 1985, when New Zealand agriculture became heavily subsidised, market signals became progressively distorted – and so did any link between scientific development and economic gain. As a result, productivity increases during that period were “almost nil”.

Only in 1985, when subsidies were abolished, did price signals begin to flow properly again – encouraging farm businesses to respond to supply and demand, said Sir Lockwood. The result since has been a tremendous increase in output, he added.

From 1993 to 2016, productivity in the New Zealand dairy industry – measured in terms of kilograms of milk solids per hectare – has increased 62%. Much of it is due to improvements in the genetic value of dairy cattle. But it is also down to better pasture management.

New Zealand’s sheep industry – the most heavily subsidised sector – has seen a similar increase in productivity. Without subsidies, sheep numbers have halved, but they are being farmed more efficiently and productively.

There were 70 million sheep in New Zealand during the days of subsidies, said Sir Lockwood. Today, there are less than 30 million – yet the amount of sheepmeat being exported has remained remarkably level – equivalent to an increase in productivity of 161%.

“In terms of productivity – which is one of the issues you’re looking at – it is that simple: if you want to improve productivity in agriculture in this country, you have to deal with the subsidies and protectionism.”

Tearing down barriers is also important when it came to food security, he said. There is no way the UK will be self-sufficient in food post Brexit – which means that two-way access to imports and overseas markets will be vital to feed the nation.

Open markets should be welcomed, not feared, added Sir Lockwood, who said he agreed with Defra that sourcing food from a diverse range of stable regions around the world – as well as domestically – enhanced food security rather than diminished it.

“That message is absolutely correct today too,” he said. “There is no question about that.”

“You can pour all the money you like into research and technological change. But over time you’ve also got to get rid of the barriers to the economic signals coming through to farmers so they can respond to the marketplace.”

Brexit could be devastating for Irish farmers

Brexit will be potentially devastating for Irish farmers if the UK leaves the European Union customs union, said Gerry Boyle, director of the Ireland’s Agriculture and Food Development Authority.

Mr Boyle said he agreed with Sir Lockwood on some points in his presentation – but not on others. Research is fundamentally important when it came to raising agricultural productivity, he said. But subsidies and protectionism aren’t always bad.

“Countries can grow within a subsidy regime because it does depend how subsidies are designed,” Mr Boyle told listeners at the Westminster Forum. “Probably the biggest obstacle to innovation in Europe – in the dairy sector certainly – has been milk quota. Happily that has been abandoned.”

Following the end of the quota system, Ireland planned to grow milk production by 35% by 2020, says Mr Boyle. “That is happening right now on our farms and it is happening despite, you might argue, the existence of subsidies.”

That said, no matter how difficult Brexit would be for the UK, policymakers should also spare a thought for Ireland. “The consensus in Ireland would be that we are more likely to be far more severely affected if the worst-case scenario emerges than [UK] farmers will be.”

Mr Boyle said he had just returned from Ireland’s National Ploughing Championships, which had attracted almost 300,000 visitors to Tullamore, County Offaly. Brexit was the main topic of conversation on everyone’s lips, he added.

“Innovation is the silver lining in the Brexit cloud. We are all forced to look more closely again at the importance of innovation in terms of driving productivity. As far as I’m concerned, productivity and competitiveness in the long run are one and the same thing.”

But he warned: “There would be a potentially devastating impact on the Irish food sector if the worst possible case – the so-called hard Brexit – were to materialise, simply because of the dominance of UK trade in our exports.”

Ireland is an export-based economy, like New Zealand. Last year, Ireland exported £12bn of exports – 37% of which were destined for the UK, including almost half of all Irish beef exports by volume and 67% of Irish cheddar exports.

“We have concluded that the impact on our dairy and beef sector, on our farms on the ground, would be devastating – of the order of a 40% reduction in income. And that’s a permanent reduction if the worst-case scenario were to materialise,” said Mr Boyle.