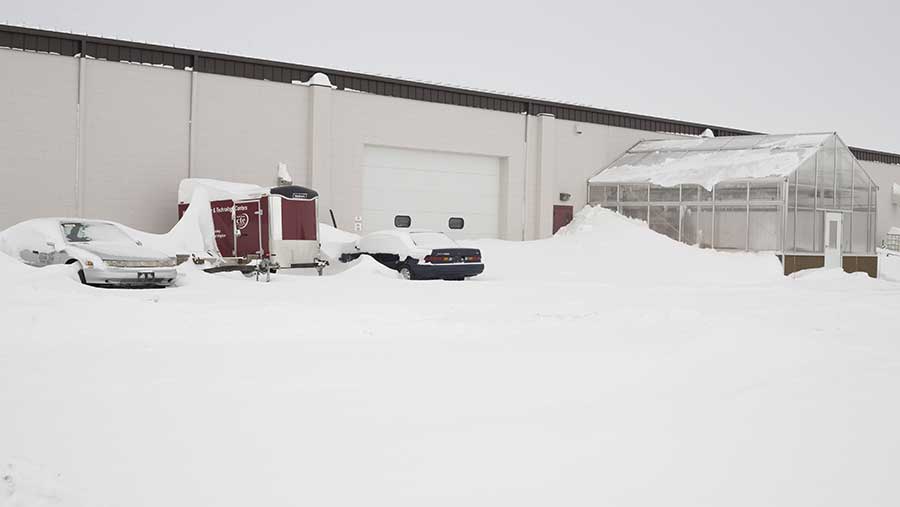 Given recent petulant exchanges between London and Brussels, I am increasingly concerned that the needs of our industry will be neglected.

I’m bound to say I was never optimistic that agriculture would be given the attention it deserves.

Too many other sectors in our economy are perceived to be more important, particularly in the run-up to a general election.

And the apparent worsening relationship between our UK’s Brexit team and the EU leadership would appear to put farmers’ interests at even greater risk.

However, in the perhaps unlikely event that politicians might – between knocking on doors and patting babies heads – read this magazine, may I remind them why, at this moment in particular, they should not take us, and abundant supplies of food, for granted.

The midwestern states of the US, where most exportable wheat is grown, have just experienced a catastrophic snow storm.

With most of the crop in full ear – seasons are earlier there than in Britain – a dump of 12-14 inches of snow led to lodging and stem breakages over a vast area, causing irreversible damage.

Chicago futures, having slumped since March, are expected to be volatile as assessments are made about by how much wheat production will be reduced.

Here in Britain and across much of Europe there is growing concern at lack of rain in the main cereal-growing areas with winter sown crops already showing severe stress.

Spring sowings could be affected even more seriously if the drought does not break soon. The likelihood is that yields across continental Europe will be well down on previous expectations.

Meanwhile, there have been floods in parts of Australia that have threatened production and more serious floods in Mexico and Peru that have led to shortages and the doubling in price of some vegetables.

Here at home, supermarkets are reporting lower profits partly because of the weakness of sterling. This means any produce they import has to be paid for with currency worth 20% less than it was compared with their original estimates; another side-effect of Brexit.

Add that to the intense competition between major food retailers and it would not be surprising if there were casualties before long.

The Co-op has said it will sell only British branded meat, which is good for farmers but also good for the Co-op because it can pay for it in devalued sterling rather than having to convert into euros, dollars or whatever.

Despite the misleading labels some have used recently, it may not be long before others turn to British suppliers. But why were they tempted by quick bucks and cheap imports? Will they never learn?

Similarly the government – because the end result of all this will be higher prices in the shops. That, in turn, will increase the cost of living and soon after that there will be demands for inflationary increases in wages. If those demands are not met, strikes will follow as sure as night follows day.

We’ll be able to trace the problems back to how productive British farmers are allowed/encouraged to be.

If Defra, or whichever department we come under in future, adopts policies that reverse the decline in our self-sufficiency, this country may be able to avoid the worst of what I have described.

If that does not happen and we are subjected to a free-for-all on world markets – prepare for chaos on a scale we have not seen for years.