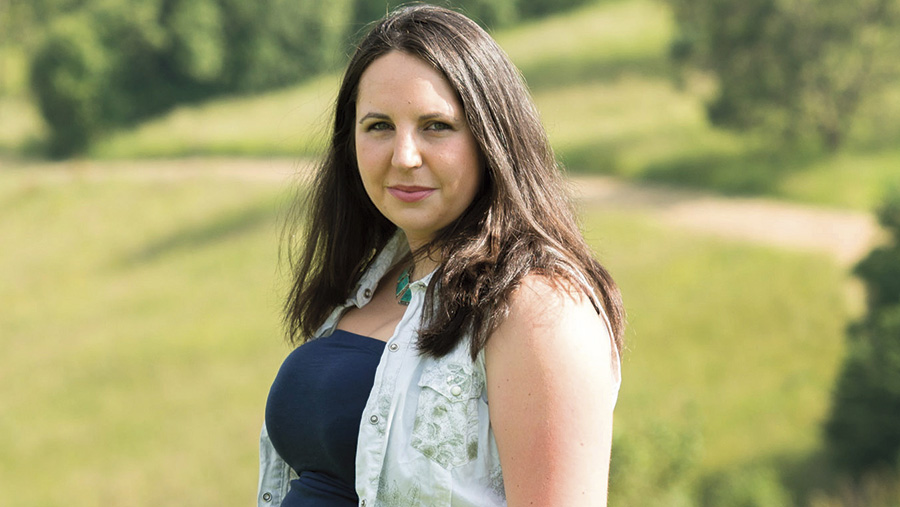 We have had some exciting days on the farm in the last few months. After the untimely demise of the Charolais stock bull last year, we found ourselves a man down at the start of this year’s breeding season.

Considering the difficulty we had with the Charolais calves being slow to suck compared with their Limousin herdmates, it was a no-brainer to double up on the Limousins and get another big red bull.

I think buying Killerton Jetski at Holsworthy market will be one of the highlights of the year for William. We studied the catalogue carefully, shortlisted half a dozen bulls from their EBVs and went to have a good look at them in the show ring.

Discounting a few more based on looks and locomotion, we had about four lots that we were seriously considering. Typically my top pick was the champion and despite pushing our budget through the roof, we missed out to another bidder. However, we finally secured our boy and went home very happy, if a little poorer than we had planned.

I’ve heard many farmers say that the situation can’t get any worse, so we may as well tear up the status quo and start again – seems like a good idea to me Jess Jeans

At least he seems to be doing the business and I’m eagerly looking forward to selling his offspring in two years’ time. There’s no such thing as making a fast buck keeping suckler cows.

Another exciting experience presented itself recently when, out of the blue, I was called by a BBC news producer, asking if I would be interested in doing a segment about my views on the EU referendum.

I was flattered, if a little bemused, but I agreed; it would be a laugh if nothing else. As the day drew nearer the reality of having a TV camera wandering around the farm became apparent. Cue some manic tidying up, removal of various piles of detritus, extra straw in the shed, grass strimming, and selection of a suitably friendly, attractive bunch of cows to form the backdrop.

In the end it wasn’t nearly as nerve-wracking as I expected, with only the producer and a jovial cameraman forming the “crew”.

Typically, it chucked it down with rain all afternoon and in the final edit, out of all our beautiful Hereford and Angus crosses, our slightly ropey elderly Friesian, a relic from Will’s dad’s dairy herd, hogged most of the airtime, and a good chunk of the interview was filmed in front of the muckheap.

Still, hopefully I put my points across in a reasonably coherent manner. It certainly caused a few giggles and comments on my Facebook page.

In a comic extension of this particular tale, I was called by Dutch News and asked to do another interview for broadcast in Holland. It seems my media career has gone “international”. Hopefully the sun will be shining for this one and I can direct the cameraman towards a slightly more aesthetically pleasing bovine model.

It seems as if, seeing as I stuck my neck out and waded into the referendum debate, I’m going to have to keep my self abreast of the “facts” and be prepared to defend my position at a moment’s notice. I got embroiled in a lengthy discussion with the postman on the subject last week.

It does seem that, as 23 June draws nearer, both sides are ramping up the pressure. It has become more and more apparent that the debate is fuelled largely by the private agendas of big business and big politics – those who have the most to lose are shouting the loudest, on both sides.

I can’t help but feel, however, that the Brexiteers have gained a slight advantage. Wishful thinking maybe but, as I’ve said before, the facts are pretty thin on the ground from both camps, so I’m sticking to my gut feeling. I’ve heard many farmers say that the situation can’t get any worse, so we may as well tear up the status quo and start again – seems like a good idea to me.

I can’t wait for the country to take back control of our own destiny from the burden of the EU.

I know some people are concerned about what this means for the economy, especially with regards to food exports in the rural sector but after all, we import £18bn worth of food from the EU and export only £7bn, so it makes sense for them to continue to allow sensible access for our products to protect their own export market.

Especially when our food security standards are world leading. Even within Europe we lead the way in welfare and traceability.

Despite the universally depressed economics across all farming sectors at the moment, we are very much committed to growing our business and increasing our herd. With this in mind, William snapped up a couple of bargains at a recent dispersal sale. I’m now the proud owner of my very own pair of pedigree North Devon cows.

Although perhaps not known as the most commercial breed, we have a number of crossbreds in the herd already and find them to be excellent, fertile cows who never call attention to themselves – a sure mark of a profitable animal.

My new pair certainly add a bit of diversity to the herd and I’m hoping to breed some nice crossbred heifers out of them, which of course means they are destined to always have bull calves.

One of which is already on the ground, a purebred North Devon bull is just what I was after to use on some of our heifers. I just hope William has kept his word about not castrating him.

Jess Jeans and her husband Will run 75 suckler cows on an 80ha National Trust farm on the Devon/Cornwall border. They have two children, Teddy and Lydia. Jess has a degree in rural business management and enjoys horse riding in her spare time