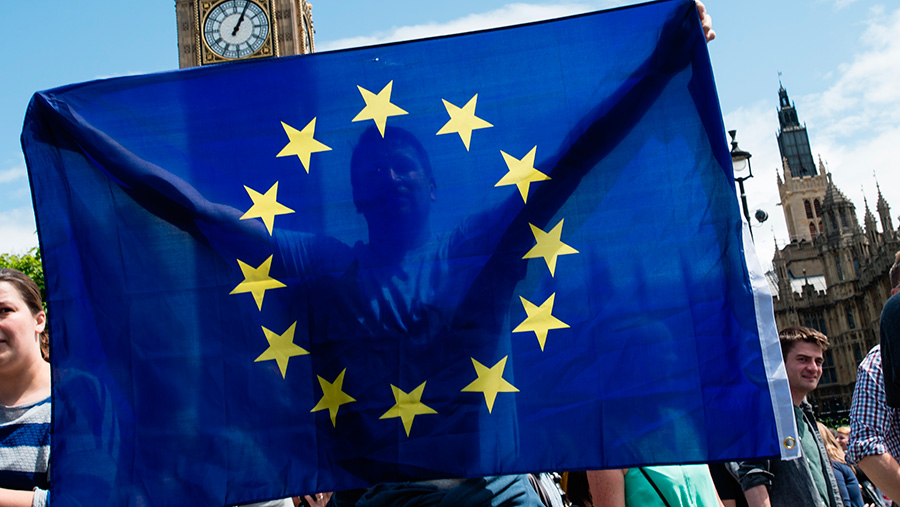 I can’t pretend I expected or approved of the referendum result or I didn’t care or it didn’t matter. But I have arrived at the acceptance stage.

We have to make the best of things and move on.

Just don’t tell me that it’s all going to be marvellous because of new trade agreements outside Europe.

Especially don’t if you’ve done nothing more entrepreneurial than produce the same product, to sell in the same market, to the same people for decades.

The reality is in many areas our produce is likely to lose out to cheap foreign imports and protectionist places such as the US will always look after their own first.

See also: Agriculture at historic fork in the road

On the positive side, farmers may benefit from a two-year window of opportunity to plan for the future, when current subsidy arrangements are maintained and the value of both the subsidy and market prices are enhanced by the weakness in sterling.

It will be important to realise that these conditions will not always apply.

During the 1990s, I did a pre-acquisition review on a company, let’s call them Boring Widgets (BW), on behalf of an investor.

BW had seen exponential sales growth, especially in exports to Germany, in the wake of the UK’s forced exit from the European exchange rate mechanism.

Management presented us with forecasts which showed a continuing boom with further growth into new markets.

However, on investigation it emerged the new customers had no real liking for or loyalty to the products but were buying them because they were just so unbelievably cheap.

The weakness of sterling was not just a contributing factor in the sales growth – it was virtually the only reason for it.

“Future sales extremely vulnerable to exchange rate fluctuations, especially the strengthening of sterling,” was on the front page of my report.

If you had told me a year ago that I would start July 2016 fervently wishing for Theresa May to be made PM, I would have said you were delusional, but that’s where we are now – Brexit Britain Elizabeth Elder

However, the investor, hoping to get in and trade out in a relatively short period decided to proceed.  Unfortunately, they did not exit before the music stopped – a few years later, sterling strengthened and export sales completely dried up. Not good.

The company only survived by diversifying into a different business altogether. So, be warned.

As to the future of subsidies – the regime is clearly going to be shaken up.

Yet, even before any downturn hits the wider economy, I noted the first post-Brexit column titled “Time to cut our greedy farmers down to size” in The Times.

If anything, the headline understates the vitriol in the piece.

As I have got older, life has got faster and faster, with weeks and months seeming to zip by. But I can’t remember anything like the past few weeks when something historically amazing has happened every few hours.

It would be exhilarating if such high stakes weren’t involved.

The key thing now for farming and indeed the economic prospects of the whole country is that we secure tariff-free access to the single market.

With this access, the economic damage should be limited – without it, the impact will be catastrophic.

So, amid all the political uncertainty, it was a big relief to hear that the most reality-based candidate for prime minister actually got the job.

If you had told me a year ago that I would start July 2016 fervently wishing for Theresa May to be made PM, I would have said you were delusional, but that’s where we are now – Brexit Britain.

We have to wish her the very best of luck and hope that a suitable deal can be achieved. It will be an exceptionally difficult task.