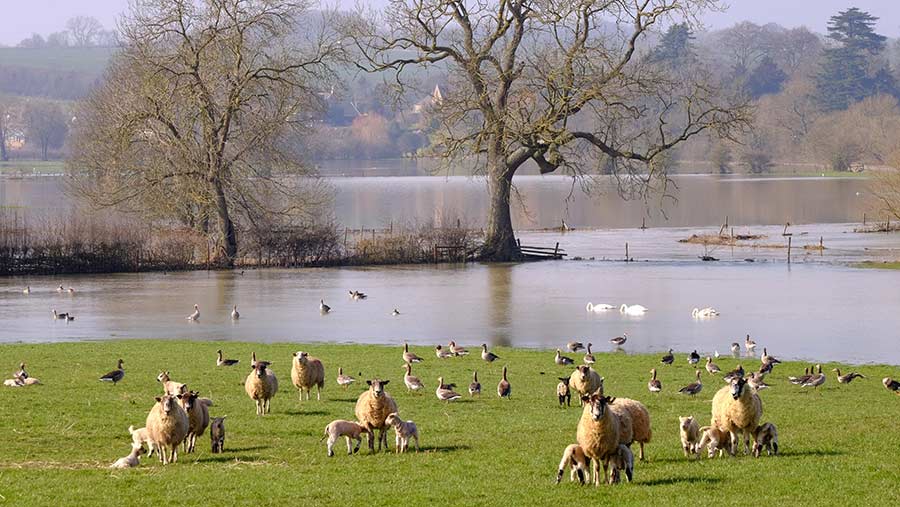 The year 2018 has been one of meteorological extremes, not just in the UK but globally.

The long wet spring that followed led to farmers having to re-drill some crops. But, in a bizarre twist, the application window for the wet weather derogation for the three-crop rule was still open as we entered the driest summer since 1976.

An agricultural drought gripped the country for most of the summer and its effects can still be seen now, with some reservoirs at very low levels.

The lack of rain led to issues of availability and the Environment Agency offered “flexible options” for abstraction.

The NFU harvest survey also found that the extreme weather conditions led to variable results in crop yield, with wheat yield down 6% on the five-year average.

Into winter and Storm Callum, the third named storm of the season, led to flooding, mainly affecting Wales, north and west England, with some parts experiencing a month’s worth of rain in 48 hours.

The outlook for the rest of the winter and on into 2019 looks set to be just as unpredictable as the year we have just experienced.

Unpredictable and volatile weather has an adverse impact on farmers and growers across all parts of the UK.

The weather experienced throughout 2018 demonstrates the need for volatility measures to be part of future agricultural support.

Yes, we acknowledge that the total amount of capital and maintenance funding for flood risk management has increased, thanks in part to the work the NFU has put in in this area, and we are pleased that this has now been secured up until 2021.

However, the targeting of this funding has caused many concerns as, we believe, the importance of protecting agricultural land has failed to be recognised properly.

We have seen the new prioritisation of funding leading to some rural catchments experiencing a significant reduction in the amount of maintenance, with serious implications for the farmers concerned.

As such, we will continue to lobby for the important changes our members need, and at the same time we have produced a Water Maintenance Solutions pack to help farmers in these circumstances consider alternative solutions.

The pack explains why engaging with the Environment Agency and other parties is important. It also explains what other actions can be taken to find alternative funding and other management solutions.

A number of severe flood events have affected British agriculture over the past few years. It is estimated that the 2007 and 2013-14 floods cost agricultural businesses £50m and £19m, respectively.

On-farm flooding not only causes damage to crops, but also to critical farm infrastructure and rural property.

What we need is a long-term, strategic solution to flood risk management that includes the proper valuation of agricultural land during flood risk appraisals.

Stuart Roberts is the NFU vice-president