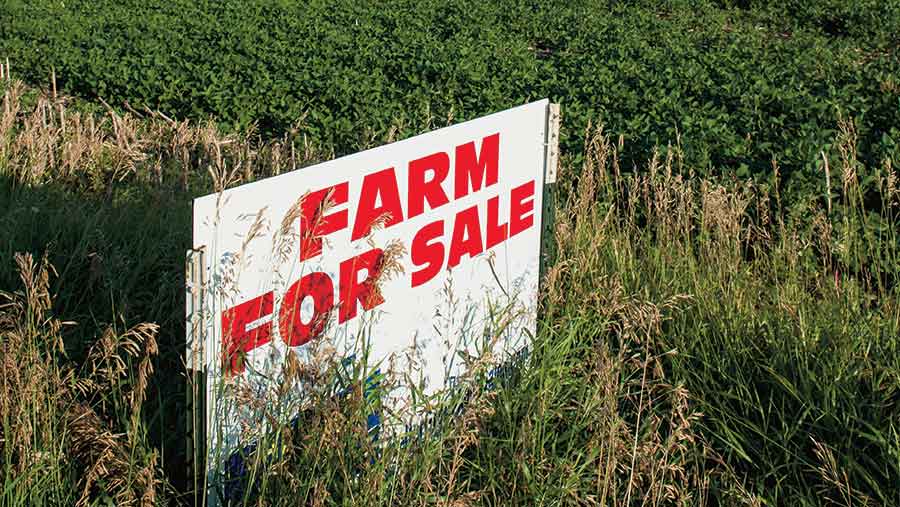 There seems to have been some controversy recently over whether Brexit will reduce land prices. Government adviser Dieter Helm reckons it will, but various land agents have popped up to say it won’t.

Prof Helm seems to be basing his remarks on the logical assumption that, if the underlying value of agricultural production is reduced and the associated subsidies are reduced, the value of the land will also be reduced.

However, the word on the street, or should I say, the word in the bar at the recent Farmers Weekly Awards, is that this overlooks a key distorting factor in the market – the attraction to the rich of buying farms to shelter assets from inheritance tax.

It used to be the case that, if the owner of a family farm died without adequate (usually complex and expensive) estate planning, the family either had to raise onerous loans or sell some or all of the land in order to pay the death duties.

So family firms were being severely damaged or forced out of business and surviving family members deprived of their livelihoods, because of the need to pay the tax arising when the family had been unfortunate enough to suffer a bereavement.

We are not landowners and I don’t have any skin in this game, but I would report that there is a clear perception among a number of owner-occupier farmers that prices have been artificially inflated by non-agricultural buyers purchasing for inheritance tax purposes, making it very difficult for active farmers to compete.

Some have suggested that a possible remedy would be to set a cap on the relief at around the value of an average family farm. This would maintain the benefits of the original relief for family farming businesses, but eliminate an artificial pull factor for the super-rich.

Returning to the Farmers Weekly Awards, I very much enjoyed attending again this year. Defra secretary Michael Gove graced us with his presence and, in a break with tradition, gave a short speech at the beginning, just before the bread rolls were served, which I assume was a precautionary measure.

Since Mr Gove’s appointment at Defra, there has been extensive coverage in the national press of his views on plastics, diesel cars, air pollution and fisheries.

But for such a loquacious man, he has had remarkably little to say about the future of farming, particularly post-Brexit, other than platitudes and vague assurances. I expected more “beef”.

He is, after all, supposed to be the brain of Brexit. Either he doesn’t know what the prospects are, or he does know and he doesn’t like to say.

He’s an accomplished speaker – reminiscent of the type in the school debating society who could speak fluently for two minutes on any subject. So it was no surprise that he gave us a very pretty speech praising British farming.

Yet, for me he had the air of someone performing a duty at a family gathering, knowing that he’s done some damage that they haven’t found out about yet.

In primarily thanking farmers for “ensuring the countryside remains vibrant, active, working and beautiful”, he seemed to confirm where his priorities lie – management of the environment, rather than anything else.

Indeed, he has recently attracted the approval of environmental journalist and campaigner George Monbiot, for “saying the things I’ve waited years for an environment secretary to say”.

Farmers beware: he’s just not that into us.