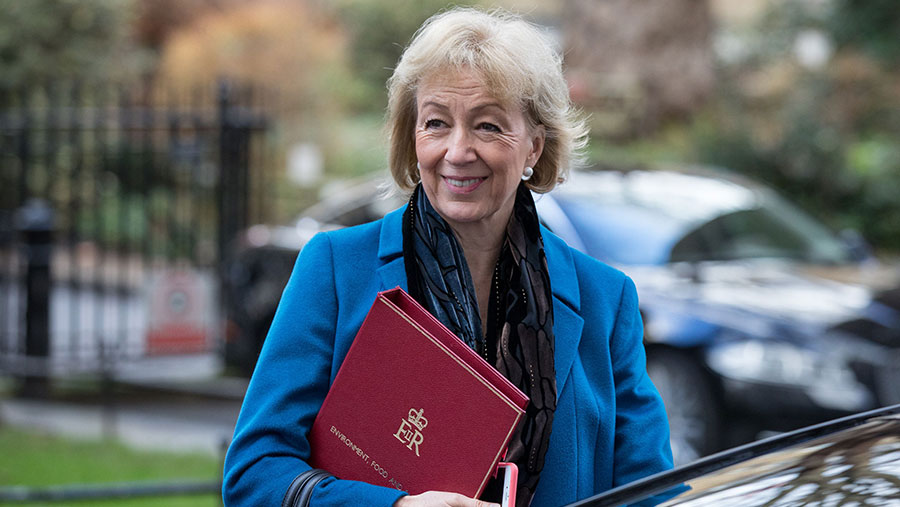 The NFU conference is long gone. But a few things said there have stuck in my mind, so forgive me if I burden you with them too.

Secretary of state Andrea Leadsom gave a better speech than I have heard her give before.

That said, it was still predictable and full of rhetoric. For instance, she urged our industry to “grow more, sell more and export more”.

But the priority, as her speech went on to make clear, was exports.

Indeed she announced she had set up a new team entitled The Great British Food Unit to promote the concept.

But, as I put to her during the brief press conference she gave after her speech, the NFU had earlier the same day issued a paper indicating that UK food self-sufficiency has, for the past 25 years at least, been trending downwards.

Home production of all food, including imports consumed in Britain, fell over the same period from 75% to 61%.

In other words, this country’s food supplies are vulnerable to trade agreements as yet not negotiated and to world production and demand as yet unknown.

This being the case, should the secretary of state not be concentrating more on reducing imports by home production than on exports.

She fobbed me off with a repeat of her mantra to grow more, sell more and export more.

Ian Wright, director general of the Food and Drink Federation, summed up most delegates’ views when he said: “If you can’t feed your country, you haven’t got a country.”

His was an excellent speech, which put the importance of home production into perspective.

He claimed public support for more UK self-sufficiency growing. And this from a representative of the buyers of food, rather than its producers.

What Mrs Leadsom did not appear to understand, despite her claim UK food and drink exports had increased by 9% in 2016 to countries such as China, Poland and Spain, was that there are 86,000 UK farmers out there trying to make a living.

By definition, only a tiny minority of them can ever hope to export what they produce. That can only be done by sizeable, well-funded businesses able to accommodate the risks exporting implies.

In most cases, this means corporate bodies with national coverage, which may have started small but because of good products, good management or good fortune – or all three – have grown to become multinational concerns.

One example of this was another speaker, Richard Clothier of Wyke Farms, which now exports cheese around the world.

He and his company are one of the notable exceptions that prove the rule. Good luck to him and the few like him.

But most of the rest of us have to content ourselves with producing for domestic consumption.

We have to make our living from so doing and forget illusions of becoming major exporters.

Yes, we have to seek out better methods, more efficiency and use innovations. But innovations can only be introduced on the back of profitability which has been somewhat absent in recent years.

Mrs Leadsom should, therefore, concentrate on achieving policies from the Treasury and the Department of Trade that enables British agriculture to increase production for home markets and stop self-sufficiency shrinking further.

Did she convince me she understood the need for that support long term? No, she did not.